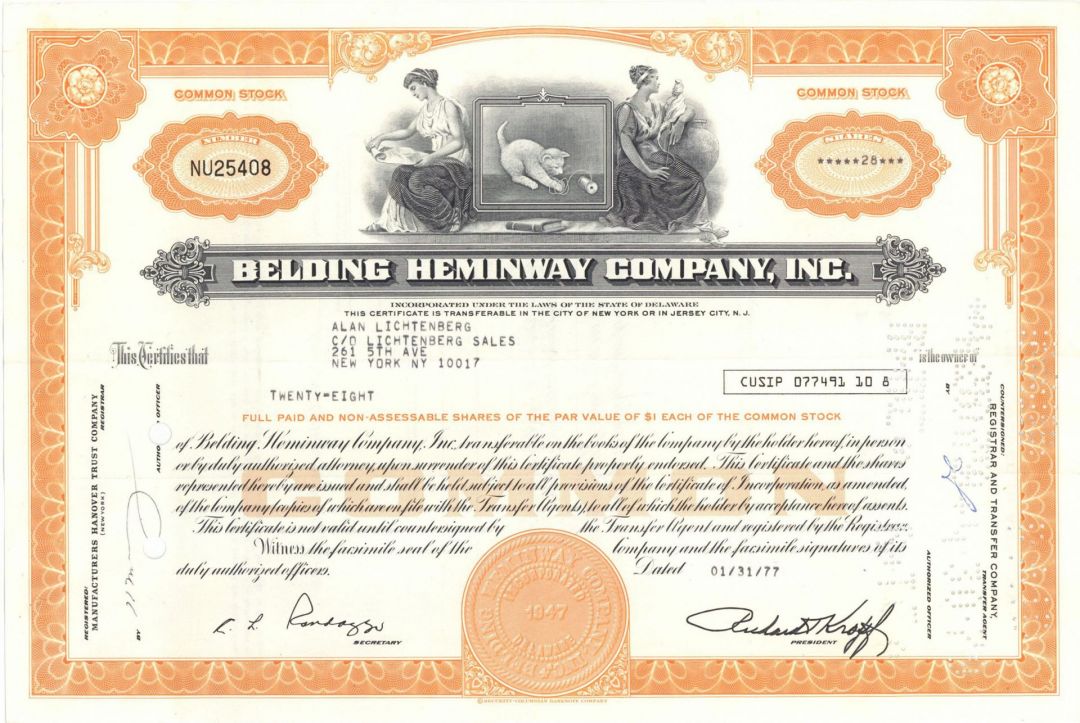 Years: 1970's
Color: Orange, Brown, or Blue
Stock printed by Security-Columbian Banknote Company. Vignette of 2 female figures seated on each side of a kitten playing with a spool of thread. Please specify color.