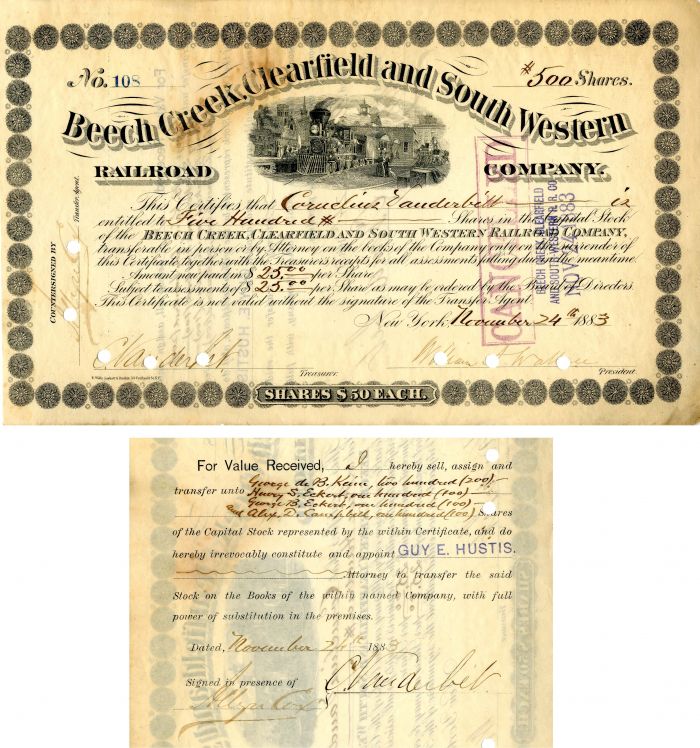 Stock Issued to and signed front and back by Cornelius Vanderbilt. Only 1 Issued to him!