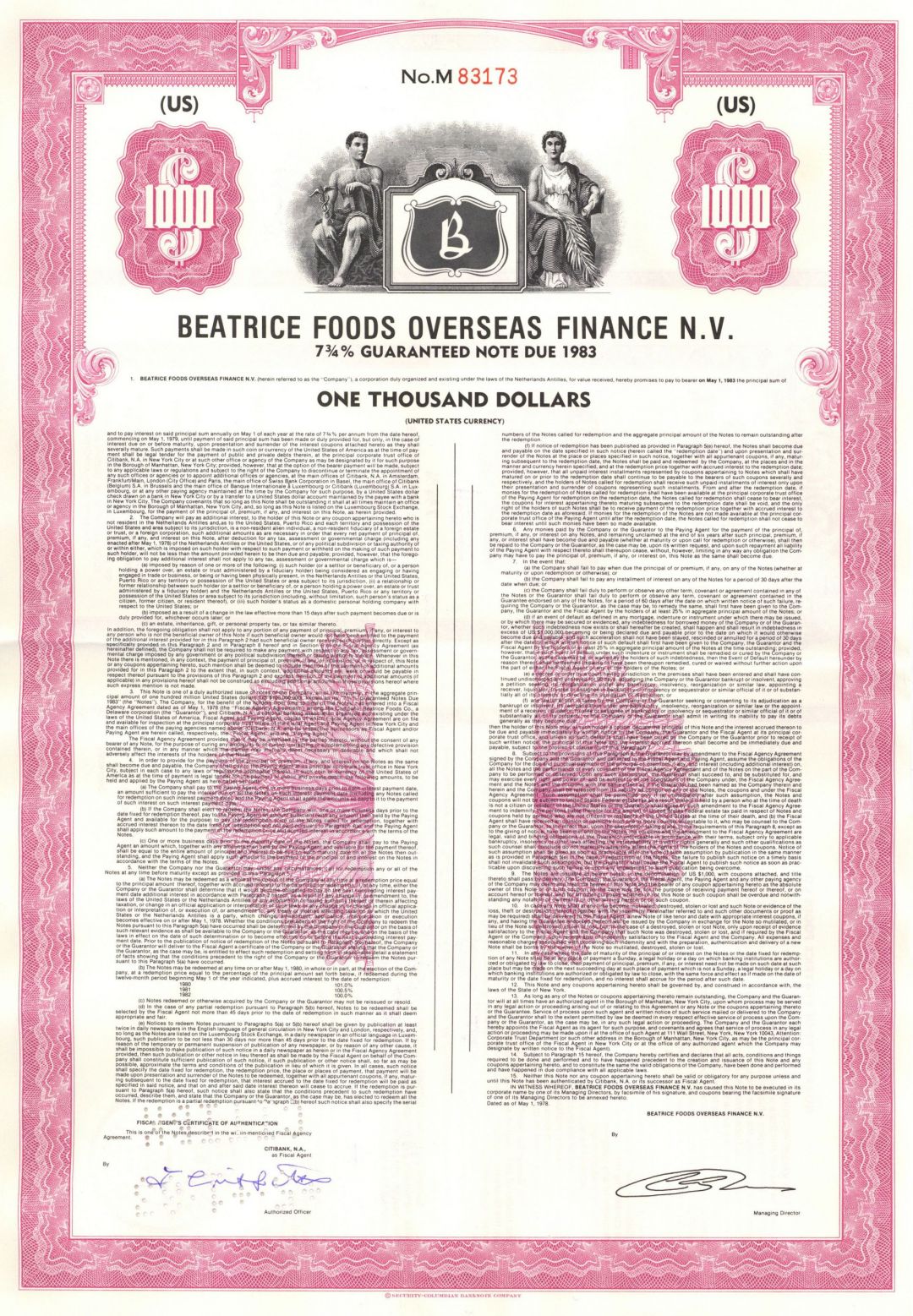 $1,000 Bond. Netherlands. Male and female figure seated on each side of Beatrice logo. Makers of Reddi Whip!!! Rare!!!

Beatrice Foods Company was a major American food processing company founded in 1894. In 1987, its international food operations were sold to Reginald Lewis, a corporate attorney, creating TLC Beatrice International, after which the majority of its domestic (U.S.) brands and assets were acquired by KKR, with the bulk of its holdings sold off. By 1990, the remaining operations were ultimately acquired by ConAgra Foods.

The Beatrice Creamery Company was founded in 1894 by George Everett Haskell and William W. Bosworth, by leasing the factory of a bankrupt firm of the same name located in Beatrice, Nebraska. At the time, they purchased butter, milk, and eggs from local farmers and graded them for resale. They promptly began separating the butter themselves at their plant, making their own butter on site and packaging and distributing it under their own label. They devised special protective packages and distributed them to grocery stores and restaurants in their own wagons and through jobbers. To overcome the shortage of cream, the partners established skimming stations to which farmers delivered their milk to have the cream, used to make butter, separated from the milk.