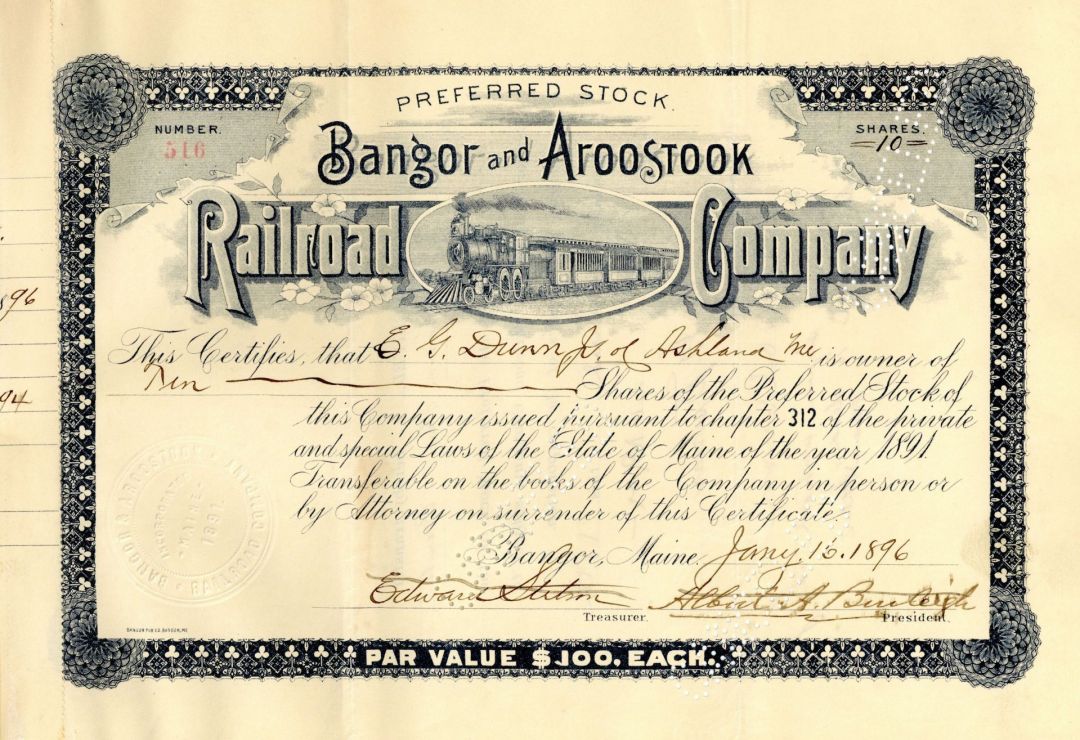 Item ordered may not be exact piece shown. All original and authentic.
Email this to a friend
Request Info
Previous Item (Collection of 6 Different Color Stocks - Baltimore and Ohio Railroad Collection of Six Stock Certificates)    (New York and Northern - Transferred to Rockefeller - Stock Certificate) Next Item