Baltimore and Ohio Railroad Issued to and Signed by E.H. Harriman 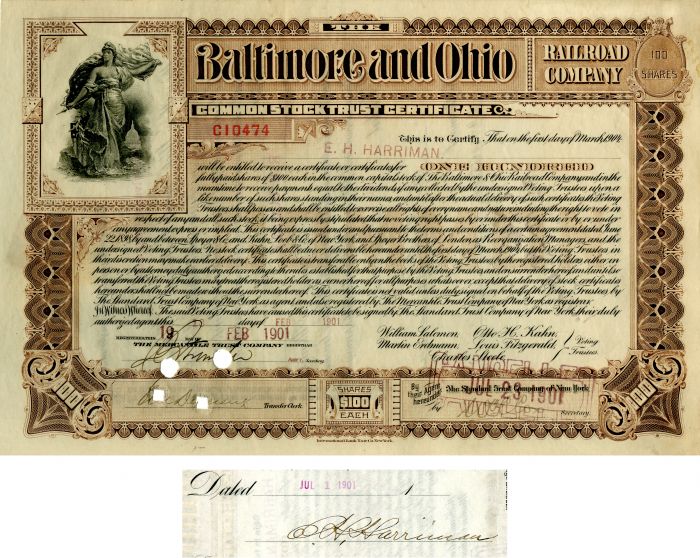 Stock Issued to and signed by E.H. Harriman. A portrait of Harriman as well as biographical information accompanies this attractive stock. Vignette of Columbia with flag, shield and capitol dome.