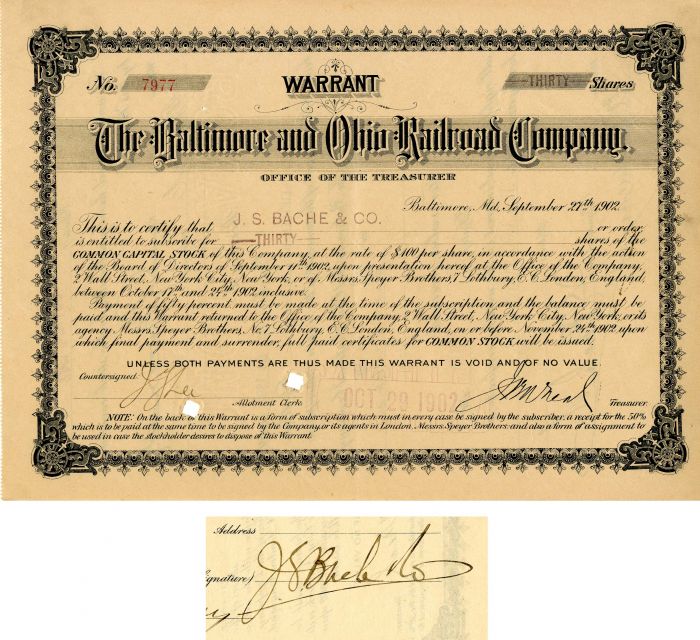 Stock Warrant issued to J.S. Bache & Co. and signed at back by J.S. Bache for the company.