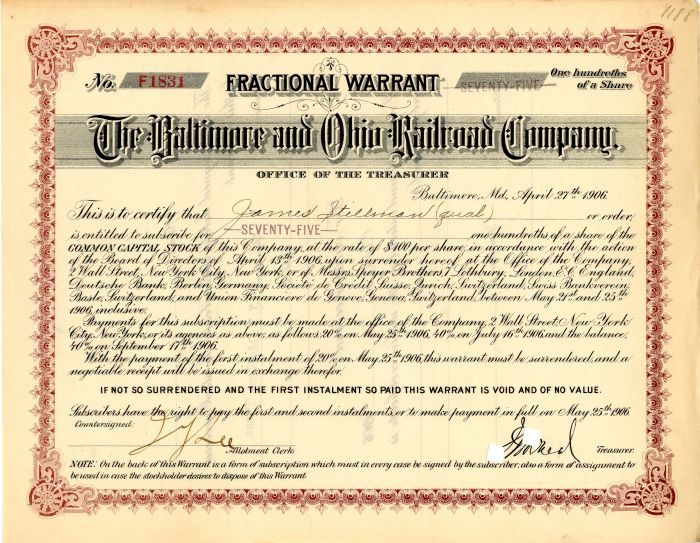 Stock issued to but not signed by James Stillman.