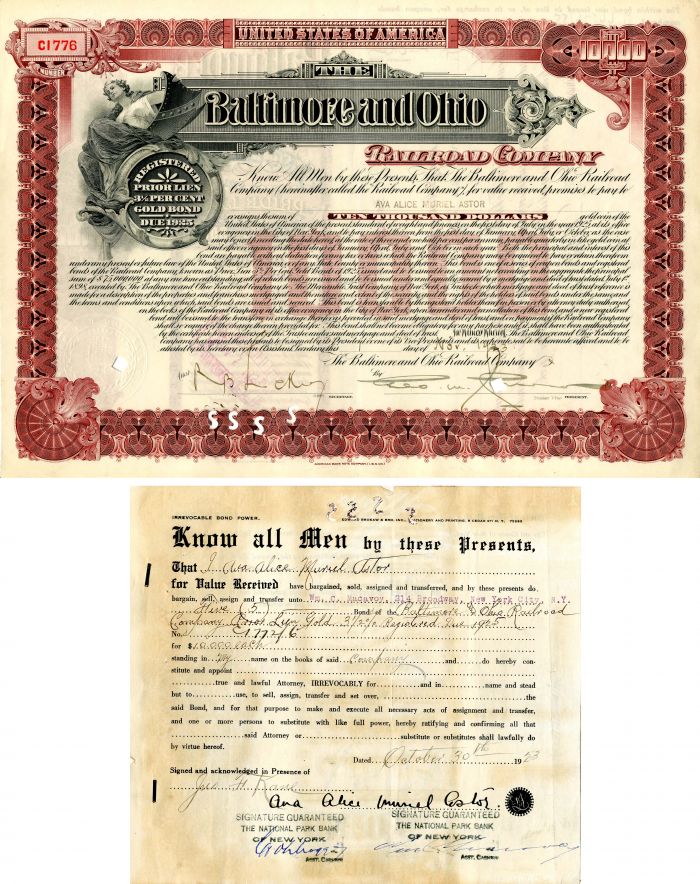 In September 1911, Ava and her mother moved to England. They lived in her townhouse on Grosvenor Square in Mayfair, London (from OctoberApril) and her country estate, Sutton Place in Guildford, Surrey (from MaySeptember), and she was educated at Notting Hill High School.

On July 24, 1924, Ava Astor married Prince Sergei Platonovich "Serge" Obolensky, son of General Platon Sergeyevich Obolensky and Maria Konstantinovna Naryshkina, at Savoy Chapel in London. The marriage was considered the event of the season in England that year.

Her brother Vincent gave her a Palladian Revival stone residence on his estate near Rhinebeck, New York. The house was north of his own "Ferncliff Casino" ("Astor Courts") and also overlooked the Hudson River. Ava named it "Marienruh" and retained it through her life. Before divorcing Serge in 1932, they had two children:

On January 21, 1933, she married Raimund von Hofmannsthal (19061974), son of Gertrud Schlesinger and Hugo von Hofmannsthal, an Austrian novelist, librettist, and dramatist. The couple was married in the city court of Newark, New Jersey. Together, the couple had a daughter:

From 19361937, she had an affair with English choreographer Sir Frederick Ashton (19041988), despite the fact that he was gay. After the affair ended, her love for him continued, though she had two subsequent marriages, both to gay Englishmen. Ava and Raimund eventually divorced in 1939, and Raimund later married Lady Elizabeth Paget.

On March 27, 1940, she married Philip John Ryves Harding (19061972), a journalist, in Faversham, England. At the time of their wedding, Harding, a cousin of Maxwell Eley, was serving with an anti-aircraft battery in the British Army. Before their divorce in 1945, they had one daughter:

On May 12, 1946, she had her fourth and final marriage to David Pleydell-Bouverie (19111994), the grandson of William Pleydell-Bouverie, 5th Earl of Radnor, in Reading, Vermont. Pleydell-Bouverie was an architect who studied at Charterhouse School in England. The couple resided in New York City and Glen Ellen, California, before divorcing in 1952.

Astor died of a stroke in her 219 East Sixty-first Street apartment, Manhattan, New York City, on July 19, 1956 at age 54. She predeceased her mother by two years. She was a patron of the arts, including the ballet companies of London and New York City.