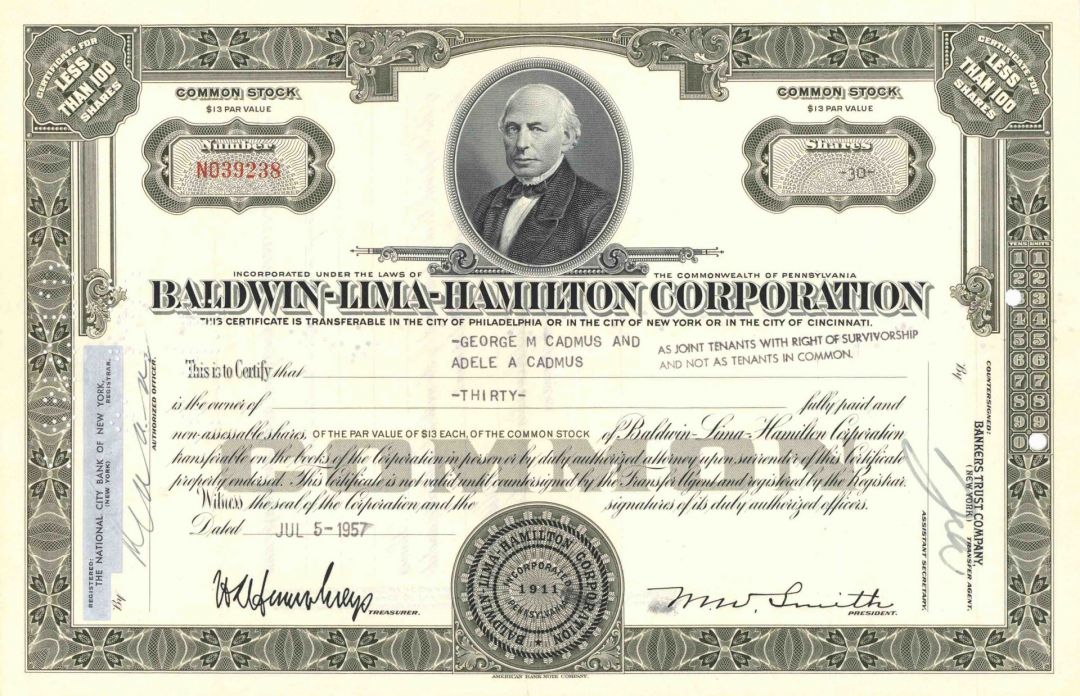 The Baldwin Locomotive Works (BLW) was an American manufacturer of railroad locomotives from 1825 to 1951. Originally located in Philadelphia, it moved to nearby Eddystone, Pennsylvania, in the early 20th century. The company was for decades the world's largest producer of steam locomotives, but struggled to compete as demand switched to diesel locomotives. Baldwin produced the last of its 70,000-plus locomotives in 1951, before merging with the Lima-Hamilton Corporation on September 11, 1951, to form the Baldwin-Lima-Hamilton Corporation.

The company has no relation to the E.M. Baldwin and Sons of New South Wales, Australia, a builder of small diesel locomotives for sugar cane railroads. Read more at https://en.wikipedia.org/wiki/Baldwin_Locomotive_Works

Matthias William Baldwin (December 10, 1795  September 7, 1866) was an American inventor and machinery manufacturer, specializing in the production of steam locomotives. Baldwin's small machine shop, established in 1825, grew to become Baldwin Locomotive Works, one of the largest and most successful locomotive manufacturing firms in the United States. The most famous of the early locomotives was Old Ironsides, built by Matthias Baldwin in 1832. Baldwin was also a strong advocate of abolitionism. Read more at https://en.wikipedia.org/wiki/Matthias_W._Baldwin