B & O Railroad Stock issued to and signed by Pierre S. Du Pont 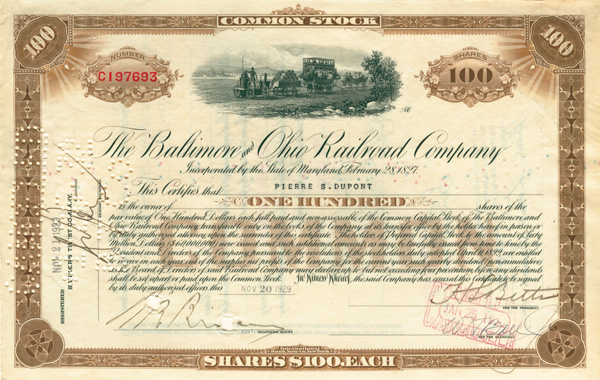 Superb condition stock issued boldly to Pierre and with a nice dark signature at back. Dated Nov. 20, 1929, less than a month after the Crash! Rare!!!

P. S. Dupont High School in Wilmington is named in his honor. A building at the University of Delaware, Du Pont Hall, is also named for him. It houses the offices and laboratories for the College of Engineering. Du Pont also donated $900,000 towards the construction and establishment of Kennett High School in 1924, equal to over $12.8M dollars today.