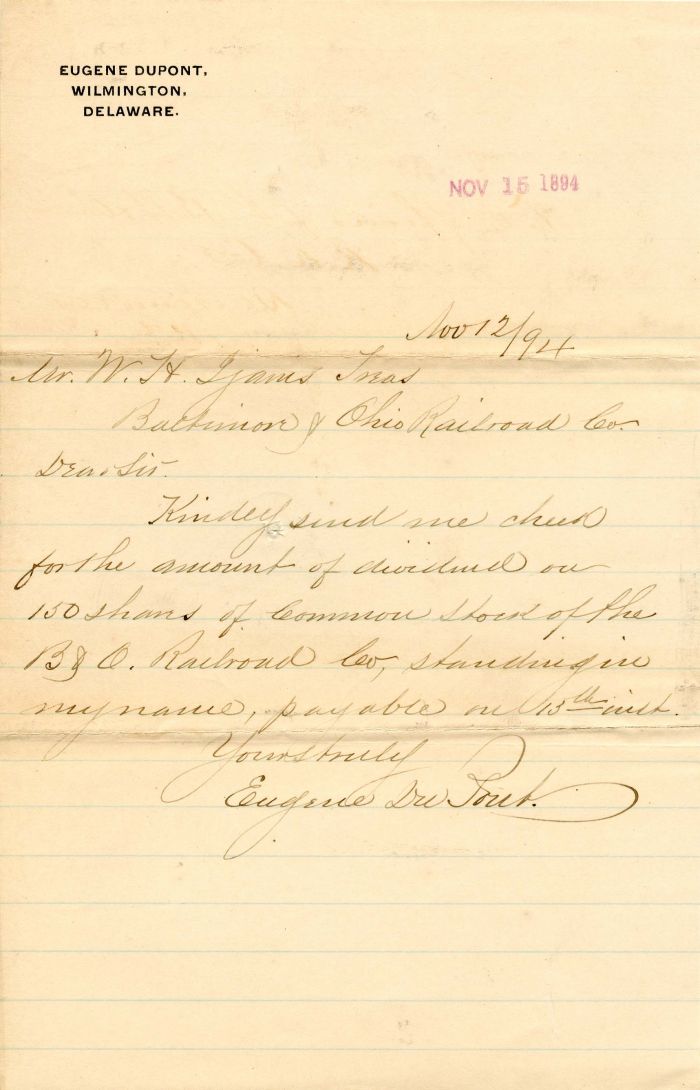 Eugène du Pont (November 16, 1840  January 28, 1902) was an American businessman who served as the first head of the modern-day DuPont corporation, seeing the corporation into the 20th century. Du Pont was born on November 16, 1840 at Hagley House in New Castle County, Delaware, the son of Alexis Irénée du Pont and grandson of DuPont founder, Éleuthère Irénée du Pont (17711834). Eugène graduated from the University of Pennsylvania in 1861 with a bachelor of arts degree. After he graduated from Penn in 1861, he became an assistant to his older cousin, Lammot du Pont (18311884), at the Brandywine Mills laboratory and by 1886, filed two patent applications for a gunpowder press and new variety of powder, brown prismatic. He became junior partner in 1864. He succeeded his uncle, Henry du Pont (18121889), as senior partner in 1889. As senior partner, du Pont saw the completion of a new office in Wilmington and the new invention called the telephone. He also saw the rise of the dynamite industry and helped form the Eastern Dynamite Company in 1895. 1912, the Eastern Dynamite Company formally merged with DuPont. After du Pont's death, the company was brought under control by three of his nephews, Alfred I. du Pont, T. Coleman du Pont and Pierre S. du Pont.