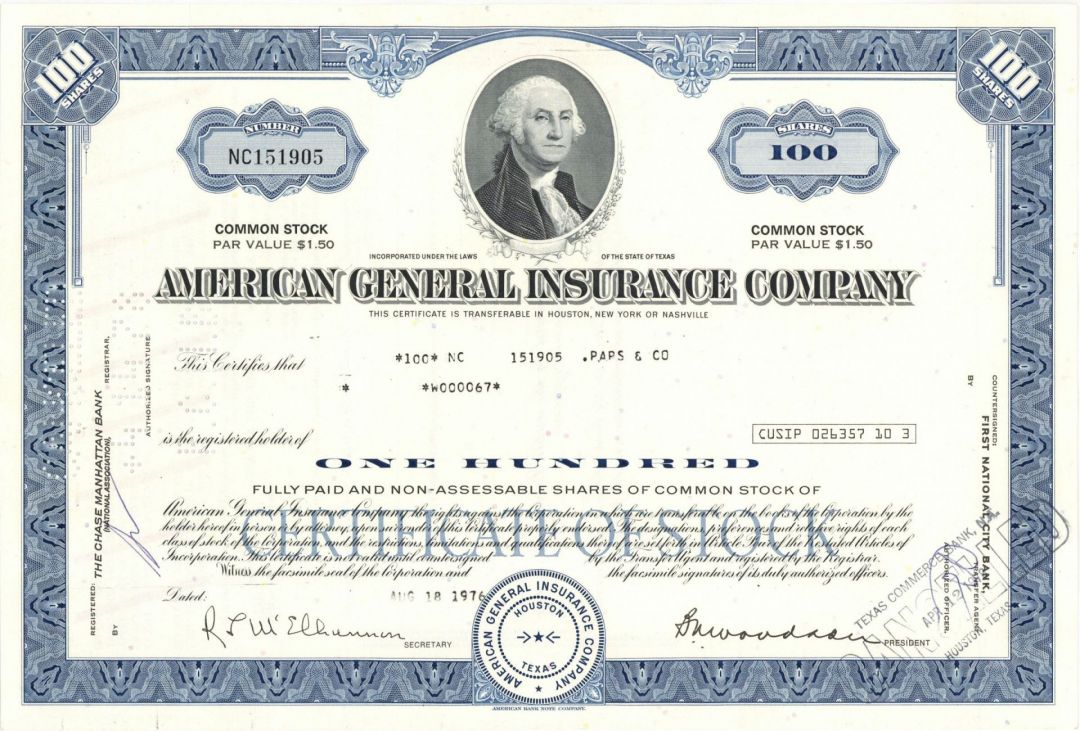 During the financial crisis of 2008, the Federal Reserve bailed the company out for $180 billion and assumed control, with the Financial Crisis Inquiry Commission correlating AIG's failure with the mass sales of unhedged insurance. AIG repaid $205 billion to the United States government in 2012.

AIG was founded December 19, 1919 when American Cornelius Vander Starr (1892-1968) established a general insurance agency, American Asiatic Underwriters (AAU), in Shanghai, China. Business grew rapidly, and two years later, Starr formed a life insurance operation. By the late 1920s, AAU had branches throughout China and Southeast Asia, including the Philippines, Indonesia, and Malaysia. In 1926, Starr opened his first office in the United States, American International Underwriters Corporation (AIU). He also focused on opportunities in Latin America and, in the late 1930s, AIU entered Havana, Cuba. The steady growth of the Latin American agencies proved significant as it would offset the decline in business from Asia due to the impending World War II. In 1939, Starr moved his headquarters from Shanghai, China, to New York City.

On May 7, 2013, Los Angeles U.S. District Judge, Mariana Pfaelzer, ruled in a case between AIG and Bank of America concerning possible misrepresentations by Merrill Lynch and Countrywide as to the quality of the mortgage portfolio, that $7.3 billion of the disputed claims had not been assigned. The two parties settled in July 2014, with Bank of America paying out $650 million to AIG, who in turn dismissed their litigation.