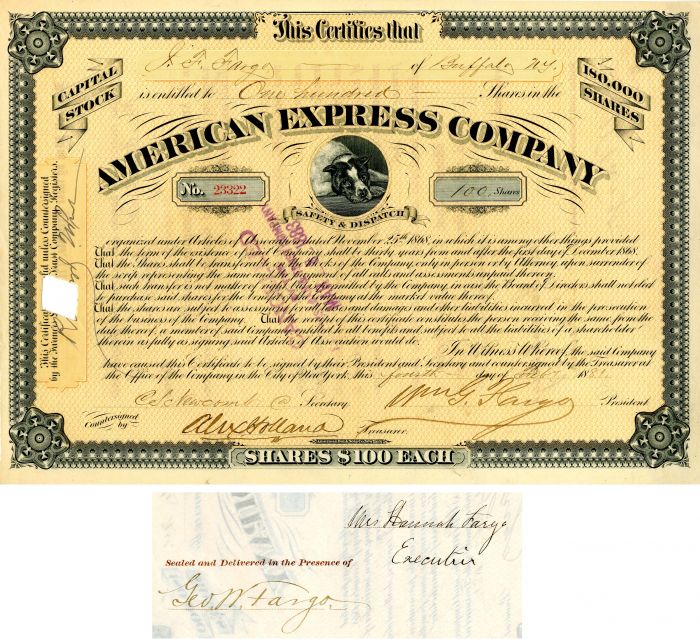 Stock signed on front by Wm. G. Fargo as president and on the back by Mrs. Hannah Fargo and Geo. W. Fargo. Unique!