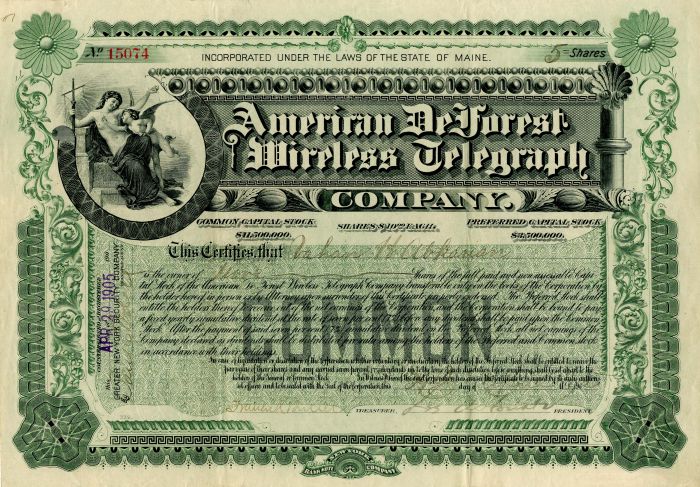 Lee de Forest (August 26, 1873  June 30, 1961) was an American inventor, self-described "Father of Radio", and a pioneer in the development of sound-on-film recording used for motion pictures. He had over 180 patents, but also a tumultuous careerhe boasted that he made, then lost, four fortunes. He was also involved in several major patent lawsuits, spent a substantial part of his income on legal bills, and was even tried (and acquitted) for mail fraud. His most famous invention, in 1906, was the three-element "Audion" (triode) vacuum tube, the first practical amplification device. Although De Forest had only a limited understanding of how it worked, it was the foundation of the field of electronics, making possible radio broadcasting, long distance telephone lines, and talking motion pictures, among countless other applications.