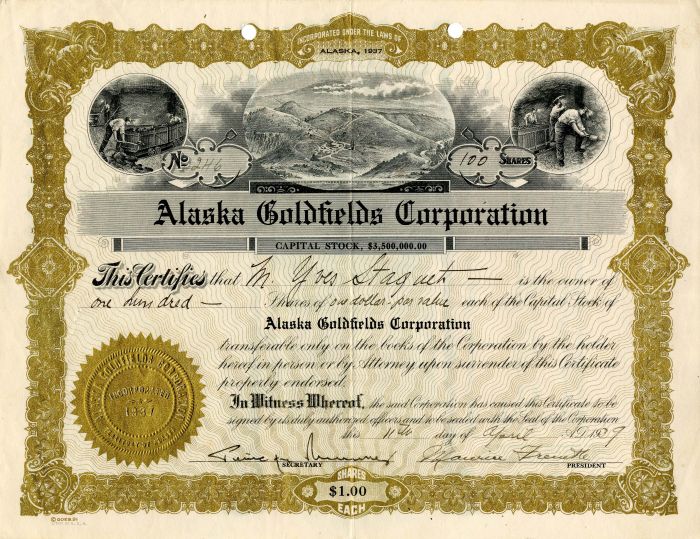 The history of Alaska dates back to the Upper Paleolithic period (around 14,000 BC), when foraging groups crossed the Bering land bridge into what is now western Alaska. At the time of European contact by the Russian explorers, the area was populated by Alaska Native groups. The name "Alaska" derives from the Aleut word Alaxsxaq (also spelled Alyeska), meaning "mainland" (literally, "the object toward which the action of the sea is directed").

The U.S. purchased Alaska from Russia in 1867. In the 1890s, gold rushes in Alaska and the nearby Yukon Territory brought thousands of miners and settlers to Alaska. Alaska was granted territorial status in 1912 by the United States of America.

In 1942, two of the outer Aleutian IslandsAttu and Kiskawere occupied by the Japanese during World War II and their recovery for the U.S. became a matter of national pride. The construction of military bases contributed to the population growth of some Alaskan cities.

The 1968 discovery of oil at Prudhoe Bay and the 1977 completion of the Trans-Alaska Pipeline led to an oil boom. In 1989, the Exxon Valdez hit a reef in Prince William Sound, spilling between 11 to 34 million US gallons (42,000 to 129,000 m3) of crude oil over 1,100 miles (1,800 km) of coastline. Today, the battle between philosophies of development and conservation is seen in the contentious debate over oil drilling in the Arctic National Wildlife Refuge.

Item ordered may not be exact piece shown. All original and authentic.
OUT OF STOCK
Request re-stock notice?
Email this to a friend
Request Info
Previous Item (Northern Alaska Development Corp. - $1,000 Bond)    (Alaska Transportation and Development Co.) Next Item