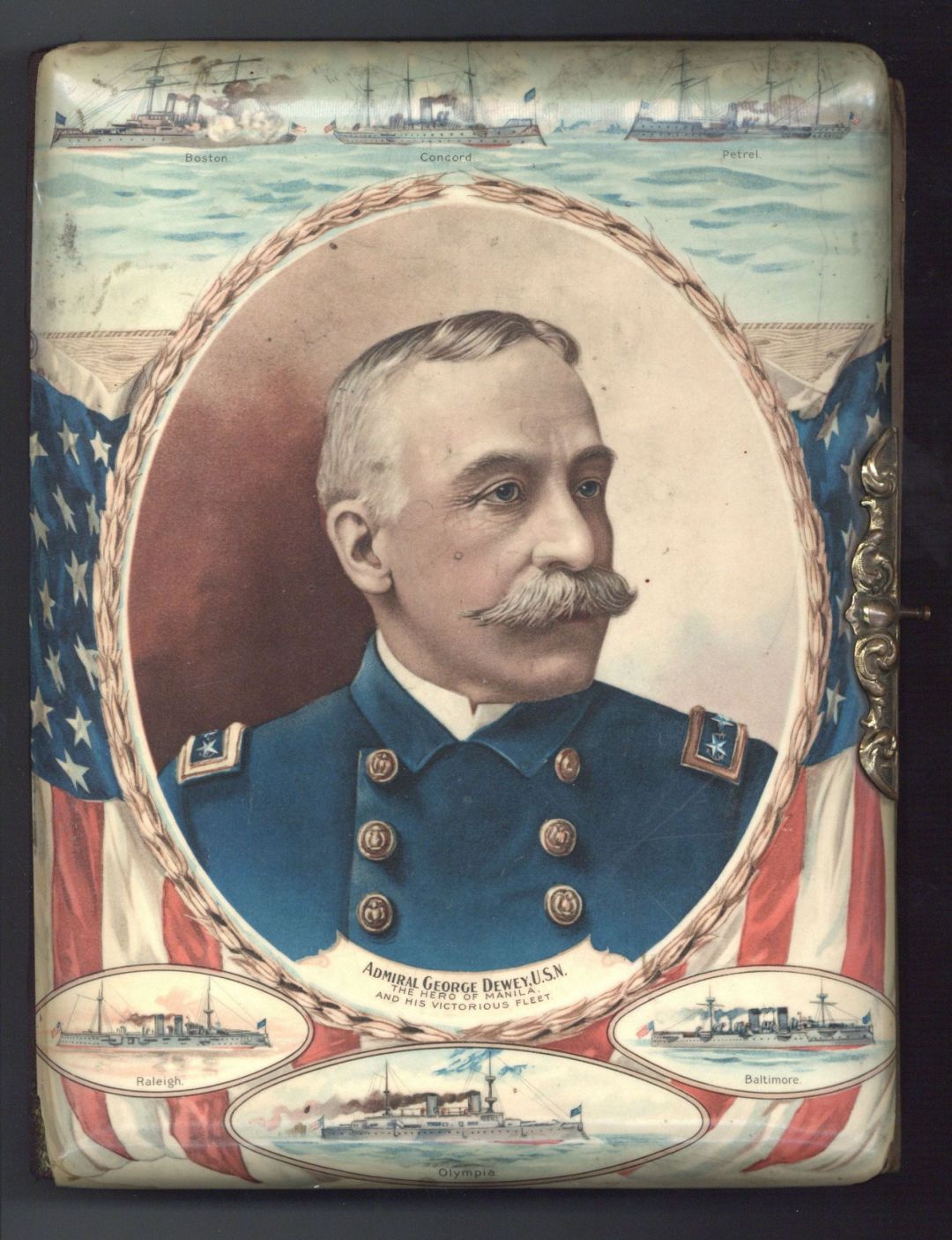 George Dewey (December 26, 1837  January 16, 1917) was Admiral of the Navy, the only person in United States history to have attained that rank. He is best known for his victory at the Battle of Manila Bay during the SpanishAmerican War, with the loss of only a single crewman on the American side.

Dewey was born in Montpelier, Vermont. At age 15, Dewey's father enrolled him at Norwich University in Northfield, Vermont. Two years later Norwich expelled him for drunkenness and herding sheep into the barracks. Summarily, he entered the United States Naval Academy in 1854. He graduated from the academy in 1858 and was assigned as the executive lieutenant of the USS Mississippi at the beginning of the Civil War. He participated in the capture of New Orleans and the Siege of Port Hudson, helping the Union take control of the Mississippi River. By the end of the war, Dewey reached the rank of lieutenant commander.

After the Civil War, Dewey undertook a variety of assignments, serving on multiple ships (including the USS Constitution) and as an instructor at the Naval Academy. He also served on the United States Lighthouse Board and the Board of Inspection and Survey. He was promoted to commodore in 1896 and assigned to the Asiatic Squadron the following year. After that appointment, he began preparations for a potential war with Spain, which broke out in April 1898. Immediately after the beginning of the war, Dewey led an attack on Manila Bay, sinking the entire Spanish Pacific fleet while suffering only minor casualties. After the battle, his fleet assisted in the capture of Manila. Dewey's victory at Manila Bay was widely lauded in the United States, and he was promoted to Admiral of the Navy in 1903.

Dewey explored a run for the 1900 Democratic presidential nomination, but he withdrew from the race and endorsed President William McKinley. He served on the General Board of the United States Navy, an important policy-making body, from 1900 until his death in 1917.