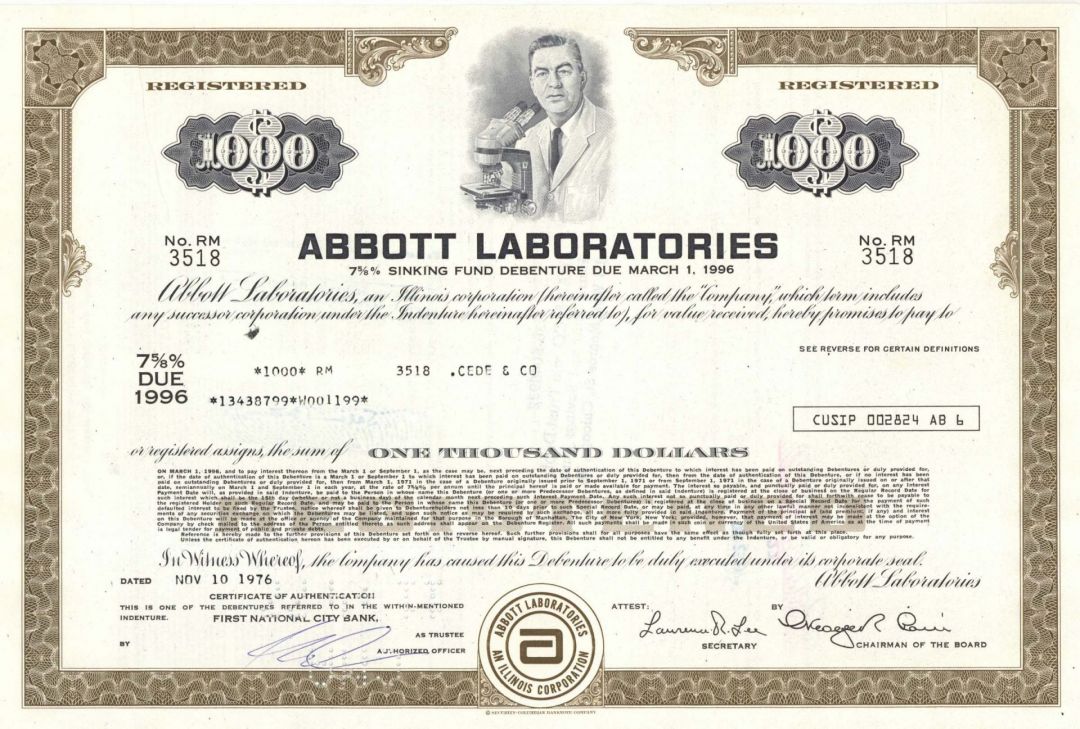 In 1888 at the age of 30, Wallace Abbott (18571921), an 1885 graduate of the University of Michigan, founded the Abbott Alkaloidal Company in Ravenswood, Chicago. At the time, he was a practicing physician and owned a drug store. His innovation was the use of the active part of a medicinal plant, generally an alkaloid (e.g., morphine, quinine, strychnine and codeine), which he formed into tiny "dosimetric granules". This approach was successful since it produced more consistent and effective dosages for patients. In 1922, the company moved from Ravenswood to North Chicago, Illinois. Read more at https://en.wikipedia.org/wiki/Abbott_Laboratories