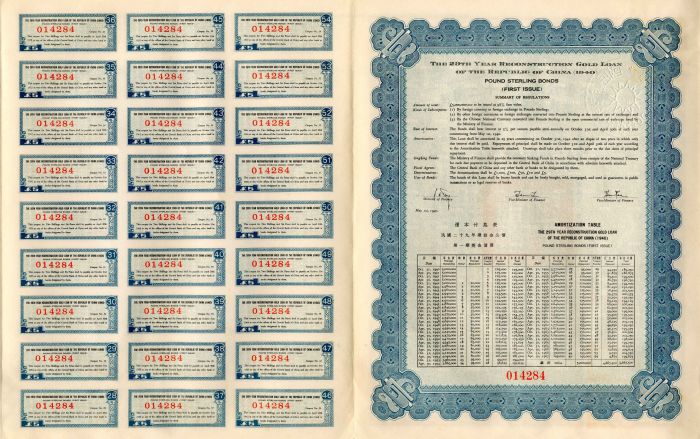 Pound Sterling Bonds (First Issue) for the 29th Year Reconstruction Gold Loan of the Republic of China. Most coupons remain. Click on "View Larger Image" to view Chinese side of Bond.