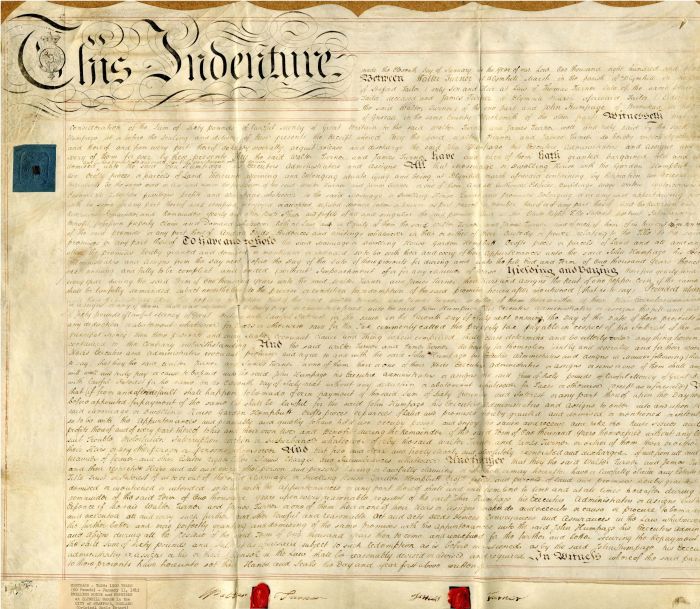 Stafford (/ˈstæfərd/) is a market town and the county town of Staffordshire, in the West Midlands region of England. It lies about 15 miles (24 km) north of Wolverhampton, 15 miles (24 km) south of Stoke-on-Trent and 24 miles (39 km) north-west of Birmingham. The town population in 2021 was 71,424 and that of the wider borough of Stafford was 122,000, making it the third largest in the county after Stoke-on-Trent and Newcastle-under-Lyme.

Stafford means "ford" by a staithe (landing place). The original settlement was on a dry sand and gravel peninsula that offered a strategic crossing point in the marshy valley of the River Sow, a tributary of the River Trent. There is still a large area of marshland north-west of the town, which is subject to flooding and did so in 1947, 2000, 2007 and 2019.

Stafford is thought to have been founded about AD 700 by a Mercian prince called Bertelin, who, legend has it, founded a hermitage on a peninsula named Betheney. Until recently it was thought that the remains of a wooden preaching cross from the time had been found under the remains of St Bertelin's Chapel, next to the later collegiate Church of St Mary in the town centre. Recent reappraisal of the evidence shows this to be a misinterpretation  it was a tree-trunk coffin placed centrally in the first, timber chapel around the time that Æthelflæd founded the burh in 913. It may have been placed there as a commemoration or veneration of St Bertelin.

Already a centre for delivering grain tribute in the Early Middle Ages, Stafford was commandeered in July 913 by Æthelflæd, Lady of Mercia, to construct a burh there. This fortification provided an industrial area for centralised production of Roman-style pottery (Stafford Ware), which was supplied to a chain of West Midlands burhs.

Æthelflæd and her younger brother, King Edward the Elder of Wessex, were trying to complete their father King Alfred the Great's programme of moulding England into a single kingdom. Æthelflæd, a formidable military leader and tactician, sought to protect and extend the northern and western frontiers of her overlordship of Mercia against the Danish Vikings by fortifying burhs, including Tamworth and Stafford in 913, and Runcorn on the River Mersey in 915, while King Edward the Elder concentrated on the east, wresting East Anglia and Essex from the Danes. Anglo-Saxon women could play powerful roles in society; Æthelflæd's death in 918 effectively ended Mercia's relative independence. Edward the Elder of Wessex took over her fortress at Tamworth and accepted submission from all who were living in Mercia, Danish or English. In late 918 Aelfwynn, Æthelflæd's daughter, was deprived of her authority over Mercia and taken to Wessex. The project of unifying England took another step forward.

Stafford was one of Æthelflæd's military campaign bases. Extensive archaeological investigations and recent re-examination and interpretation show her new burh producing, alongside Stafford Ware, food for her army (butchery, grain processing, baking), coinage and weaponry, but apparently no other crafts and making few imports.

The county of Staffordshire was formed at about this time. Stafford lay within the Pirehill hundred.

In 1069, a rebellion by Eadric the Wild against the Norman conquest culminated in the Battle of Stafford. Two years later another rebellion, led by Edwin, Earl of Mercia, ended in Edwin's assassination and distribution of his lands among the followers of William the Conqueror. Robert de Tonei was granted the manor of Bradley and one third of the king's rents in Stafford. The Norman Conquest there was especially brutal, and resulted not only in the imposition of a castle, but in destruction and suppression for about a century of every other activity except intermittent minting of coins.

Stafford Castle, built by the Normans on a nearby hilltop to the west about 1090, was first made of wood and later rebuilt in stone. It has been rebuilt twice since; the ruins of the 19th-century Gothic revival castle on the earthworks incorporate much of the original stonework.

Redevelopment began in the late 12th century. While the church, the main northsouth street (Greengate) and routes through the late Saxon industrial quarter to the east remained, the town plan changed in other ways. A motte was built on the western side of the peninsula, overlooking a ford and facing the site of the main castle of Stafford on the hill at Castle Church, west of the town. Tenements were laid out over the peninsula and trade and crafts flourished until the early 14th century, when a period of upset may have been associated with the Black Death. This was followed in the mid-16th century by another revival.

In 1206 King John granted a Royal Charter creating the borough of Stafford. It became a medieval market town mainly dealing in cloth and wool. Though a shire town, Stafford required waves of external investment from Æthelflæd's time to that of Queen Elizabeth I.

King Richard II was paraded through the town's streets as a prisoner in 1399, by troops loyal to Henry Bolingbroke (the future Henry IV).

When James I visited Stafford, he was said to be so impressed by the Shire Hall and other buildings that he called it "Little London".

Charles I visited Stafford shortly after the outbreak of the English Civil War, staying for three days at the Ancient High House. The town was later captured by the Parliamentarians after a small-scale battle at nearby Hopton. Stafford still later fell to the Parliamentarians, as did Stafford Castle after a six-week siege. However, its famous son Izaak Walton, author of The Compleat Angler, was a staunch Royalist.

In 1658 Stafford elected John Bradshaw, who had been judge at the trial of King Charles I, to represent the town in Parliament. During the reign of Charles II, William Howard, 1st Viscount Stafford became implicated in the Popish Plot, in which Titus Oates whipped up anti-Catholic feeling with claims of a plot to have the king killed. Lord Stafford was among those accused; he was unfortunate to be the first to be tried and was beheaded in 1680. The charge was false and on 4 June 1685, the bill of attainder against him was reversed.

The town was represented in Parliament from 1780 by the playwright Richard Brinsley Sheridan. During that period, the town's mechanised shoe industry was founded, the best-known factory owner being William Horton. The industry gradually died, the last factory being redeveloped in 2008.

In 1837 the Grand Junction Railway built a line from Birmingham to Warrington to pass through the town and link at Warrington, via another line, with the LiverpoolManchester railway. Birmingham provided the first connection to London. Other lines followed. Stafford became a major junction, which helped to attract other industries. The Friars' Walk drill hall was completed in 1913, just in time for the First World War.

On 31 March 2006 the Queen visited the town for the 800th anniversary civic celebrations.

In 2013 Stafford celebrated its 1,100th anniversary year with a number of history-based exhibitions, while local historian Nick Thomas and writer Roger Butters were set to produce the two-volume A Compleat [sic] History of Stafford.

Condition: Good
Item ordered may not be exact piece shown. All original and authentic.
OUT OF STOCK
Request re-stock notice?
Email this to a friend
Request Info
Previous Item (London and San Francisco Bank Limited)    (1831 Indenture Deed for Land) Next Item