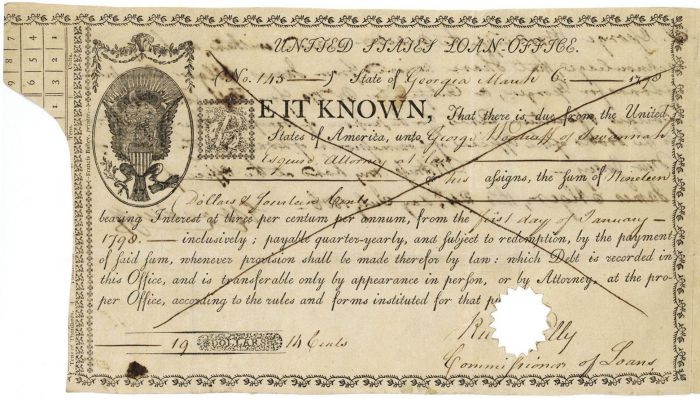 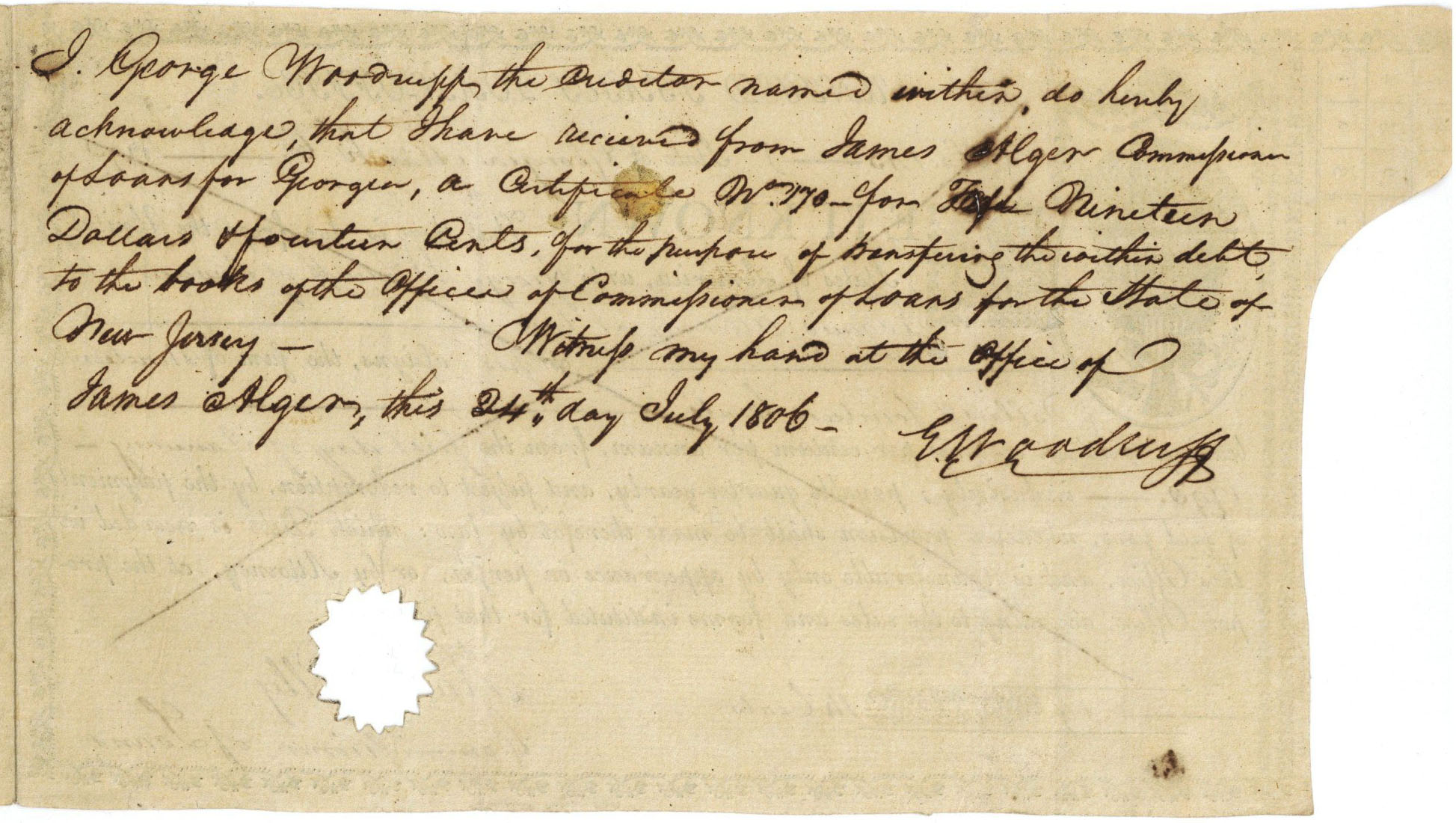 These certificates were the very first Securities that were traded when the New York Stock Exchange was founded in 1792.

These bonds were authorized on August 4, 1790 to fund Alexander Hamilton's financial program.

Under the U.S. Constitution of 1789, the new federal government enjoyed increased authority to manage U.S. finances & to raise revenues through taxation. Responsibility for managing debts fell to Secretary of the Treasury Alexander Hamilton.

Hamilton placed U.S. finances on firmer ground, allowing for the U.S. Government to negotiate new loans at lower interest rates. In addition, the United States began to make regular payments on in its French debts starting in 1790, & also provided an emergency advance to assist the French in addressing the 1791 Slave revolt that began the Haitian Revolution.

Although the federal government was able to resume debt payments, total federal expenditures exceeded revenues during many years in the 1790s. Alexander Hamilton therefore sought additional loans on Dutch capital markets, although the improved U.S. financial situation made these loans easier to obtain. These private loans from Dutch bankers also helped pay off loans owed to the Spanish Government, back pay owed to foreign officers, & U.S. diplomatic expenses in Europe.

In 1795, the United States was finally able to settle its debts with the French Government with the help of James Swan, an American banker who privately assumed French debts at a slightly higher interest rate. Swan then resold these debts at a profit on domestic U.S. markets. The United States no longer owed money to foreign governments, although it continued to owe money to private investors both in the United States and in Europe.

Although U.S. finances had been shaky under the Articles of Confederation, the United States was able to place itself on a sound financial footing during the 1790s. This enabled it to preempt diplomatic embarrassment & dependence on foreign powers during that period, & also improved U.S. credit on European capital markets, which enabled the U.S. Government to obtain low-interest loans for the Louisiana Purchase in 1803.

This particular Georgia type was printed by Francis Bailey. Francis Bailey (September 3, 1744  November 1, 1817) was an American printer, publisher and journalist in Pennsylvania from 1771 to 1807.

He began publication of the Lancaster Almanac in Lancaster, PA in 1771 and published the United States Magazine in 1778. In 1781, he became editor of the Freeman's Journal. In addition to printing editions of the Articles of Confederation and Thomas Paine's Common Sense, he acted as printer for Congress and the Commonwealth of Pennsylvania.

Bailey was the first printer to refer to George Washington, in print, as the Father of His Country. He was also the first to print the first official printing of the first U.S. constitution, then called The Articles of Confederation.

He was the first American publisher of the writings of Emanuel Swedenborg in 1787.

Bailey was taught the printing trade by Peter Miller in Ephrata, Lancaster county. In 1778 or 1779 he removed to Philadelphia where he published a newspaper. Eventually he returned to Lancaster. Bailey's daughter-in-law managed a press shop in Philadelphia in 1818.