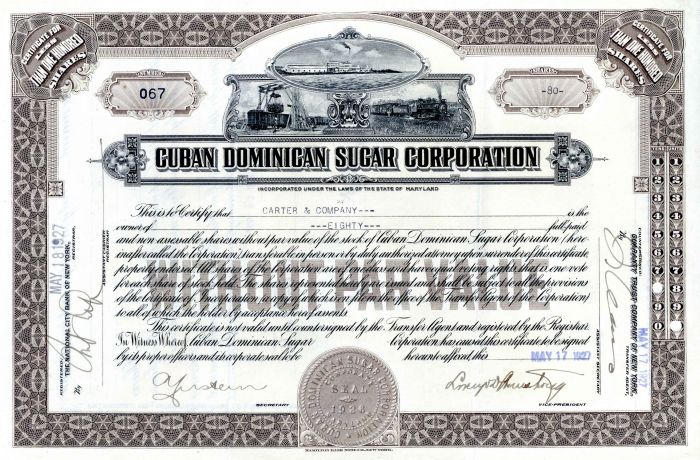 At this time we have not verified the final dispostion of the West Indies Sugar Corp. Cuban properties but it is reasonable to believe they were nationalized by the Fidel Castro regime in 1960.