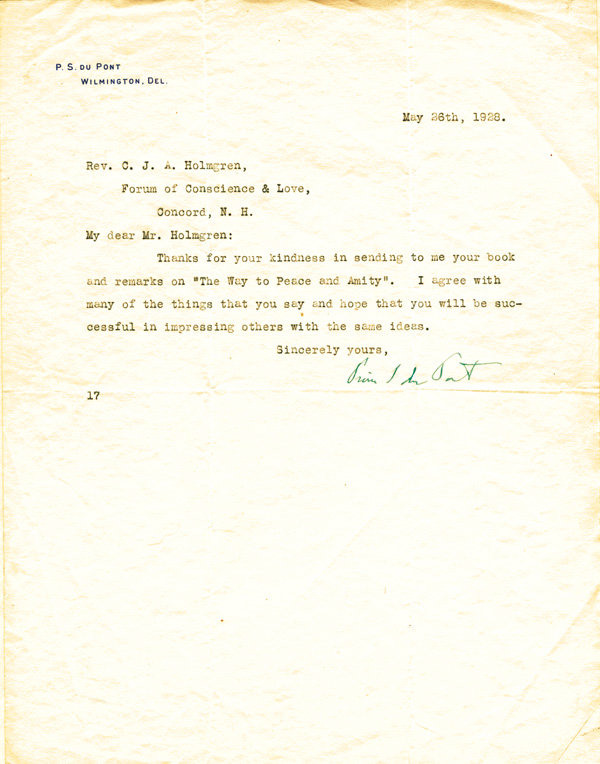 P. S. Dupont High School in Wilmington is named in his honor. A building at the University of Delaware, Du Pont Hall, is also named for him. It houses the offices and laboratories for the College of Engineering. Du Pont also donated $900,000 towards the construction and establishment of Kennett High School in 1924, equal to over $12.8M dollars today.
Item ordered may not be exact piece shown. All original and authentic.
OUT OF STOCK
Request re-stock notice?
Email this to a friend
Request Info
Previous Item (Philip Du Pont issued to and signed International Mercantile Marine - Company that Made the Titanic - Stock Certificate)    (Pine Creek Railway Company formerly The Jersey Shore, Pine Creek and Buffalo Railway Company signed by William Kissam Vanderbilt and Chauncey M. Depew - Bond) Next Item