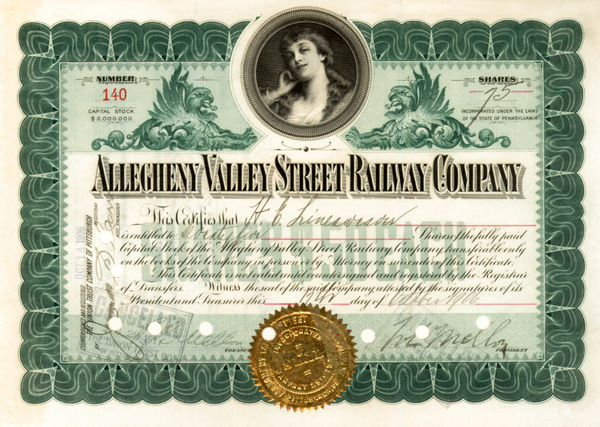 He and his brother Andrew Mellon, sons of Judge Thomas Mellon, were frequent business partners. Richard served under Andrew at Mellon Bank, and assumed its presidency in 1921 when Andrew was appointed Treasury Secretary. They also made joint philanthropic gifts, notably several large donations to their alma mater, the University of Pittsburgh, including creation of the Mellon Institute of Industrial Research to honor their father, which is now a part of Carnegie Mellon University.

R.B. served from 18991910 as president of the Pittsburgh Reduction Company, renamed the Aluminum Company of America (Alcoa) in 1907, and was heavily invested in the Pittsburgh Coal Company, today part of CONSOL Energy, where he clashed with John L. Lewis and the United Mine Workers. Later, he was instrumental in forming Mellbank Corporation, a bank holding company, which helped the affiliated banks weather the Great Depression.

In 1918, R.B. Mellon organized the Citizens' Committee on City Plan, which sought to improve Pittsburgh through better urban planning and zoning. In honor of his civic efforts, the Air and Waste Management Association recognizes individuals who have made administrative, legislative, and judicial contributions to the field of pollution abatement with the Richard Beatty Mellon Award.

In 1931, R.B. Mellon along with C.C. Macdonald assumed control of Idlewild Park in Ligonier, Pennsylvania. He was the founder of the Rolling Rock Club.

Mellon's philanthropic gifts were primarily church-oriented. In 1926 he established a $15 million pension fund for Presbyterian ministers. He and his wife Jennie Taylor King were the major donors to the Cathedral of Hope, the new home for the East Liberty Presbyterian Church, which they and their parents had attended. He died on December 1, 1933, before the new building was completed. The $13.3 million in taxes paid on his estate enabled the state to meet its payroll.

His children Sarah Mellon and her younger brother Richard King Mellon were heirs to the family fortune alongside their cousins Paul Mellon and Ailsa Mellon-Bruce.

Born in Pittsburgh, Pennsylvania on June 1, 1868, to James Ross Mellon, second son of Judge Thomas Mellon, and Rachel Larimer Mellon, daughter of railroad and land baron William Larimer Jr. He spent part of his childhood in the West with his uncle Andrew Mellon, who deeply influenced him. In the 1880s he developed an interest in the burgeoning petroleum industry in Pennsylvania, but his nascent oil company was bought out by John D. Rockefeller's Standard Oil in 1895.

When oil was discovered in Spindletop, Texas, in 1901, the Mellon family invested in the well. When the well began to decline in 1902, W.L. was dispatched to investigate, and took on a progressively larger role in management. In January 1907 he established the Gulf Oil Corporation, which proceeded to build a pipeline from Oklahoma to Port Arthur, Texas and was shipping Oklahoma crude oil to port by September. It expanded steadily thereafter, becoming one of the largest oil companies in the United States.

In 1949 Mellon established the graduate school of industrial administration at the Carnegie Institute of Technology in Pittsburgh, which is today the David A. Tepper School of Business at Carnegie Mellon University. He died in October of that year at the age of 81 and was interred in Homewood Cemetery.