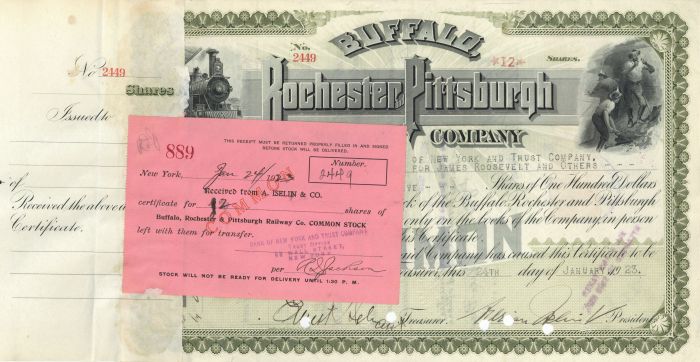 Stock issued to "For James Roosevelt and Others---".