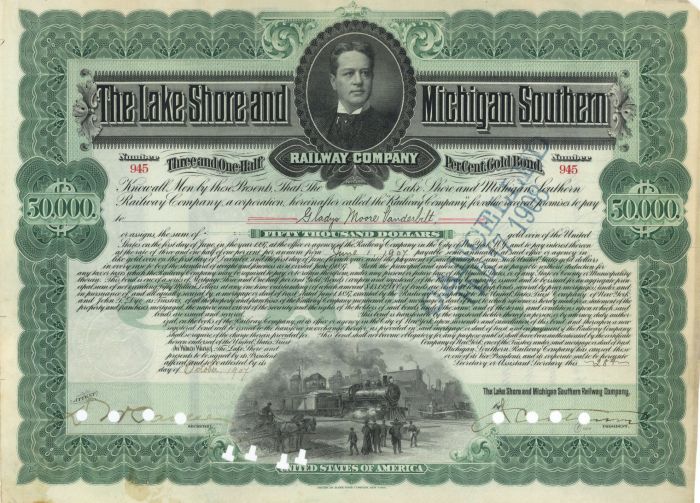 Gladys Moore Vanderbilt, Countess Széchenyi (August 27, 1886  January 29, 1965) was an American heiress from the prominent American Vanderbilt family, and the wife of a Hungarian count, László Széchenyi. Countess Széchenyi was born Gladys Moore Vanderbilt in 1886, the seventh and youngest child of Alice Claypoole Gwynne and Cornelius Vanderbilt II, the president and chairman of the New York Central Railroad. Gladys grew up in the family home on Fifth Avenue in New York City, and their summer "cottage," The Breakers in Newport, Rhode Island. She attended Miss Chapin's School in New York. Her first cousin was Consuelo Vanderbilt, Duchess of Marlborough, who married Charles Spencer-Churchill, 9th Duke of Marlborough. She inherited about $25 million from her father's estate and a further $5 million from her mother's estate. She also inherited The Breakers. In 1948, as a widow, she leased The Breakers to the Preservation Society of Newport County for $1 a year. She continued to maintain an apartment in The Breakers by agreement until her death. In 1913, there were rumors that Vanderbilt was going to leave her husband due to his financial woes, including gambling away all of her dowry. In 1914, during World War I, she placed her palace in Budapest at the disposal of the army. Shortly thereafter, 600 reservists were quartered there, and the Countess further intended to use the palace as a hospital.

Item ordered may not be exact piece shown. All original and authentic.
OUT OF STOCK
Request re-stock notice?
Email this to a friend
Request Info
Previous Item (New York Central Railroad Co. - $10,000 Bond)    (Baltimore and Ohio Railroad Co. Issued to and signed by Wallace Nutting - Autographed Bond) Next Item