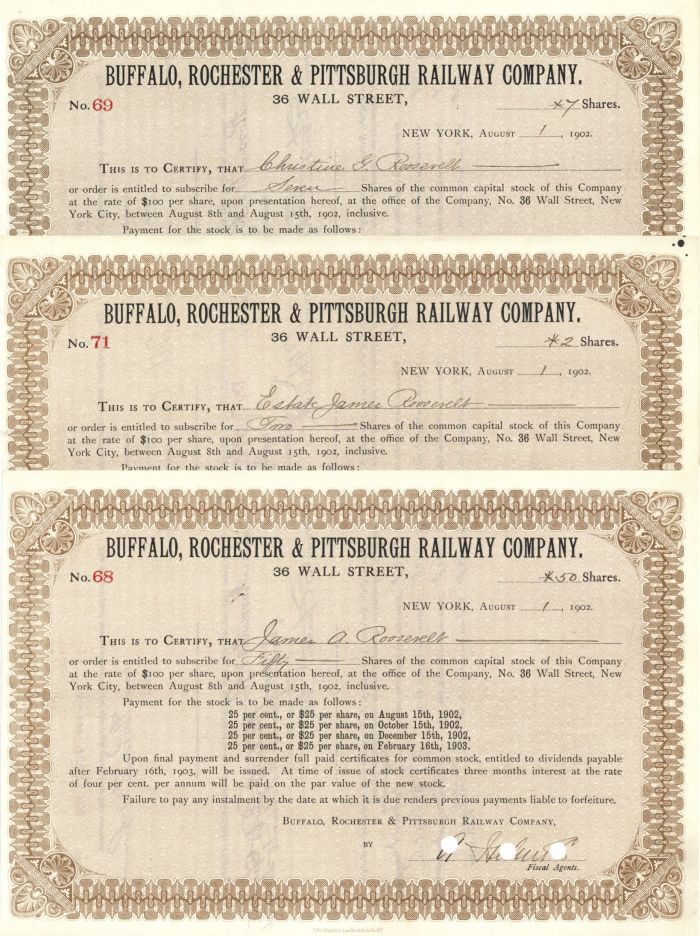 3 Stocks issued to James A. Roosevelt, Estate James Roosevelt and Christine G. Roosevelt. Some Roosevelt signatures on back.

He was a trustee to the Society for Prevention of Cruelty to Children and on the New York Board of Park Commissioners during the William Lafayette StrongAdministration. He was a president of Roosevelt Hospital that was founded by his distant cousin James H. Roosevelt. On December 22, 1847, he married Elizabeth Norris Emlen (18251912), the daughter of William Fishbourne Emlen (17861866) and Mary Parker Norris (17911872). Together, they had four children. Through his son, Alfred, he was the grandfather of Elfrida Roosevelt, who married Sir Orme Bigland Clarke, 4th Baronet, and was the mother of Sir Humphrey Clarke, 5th Baronet.