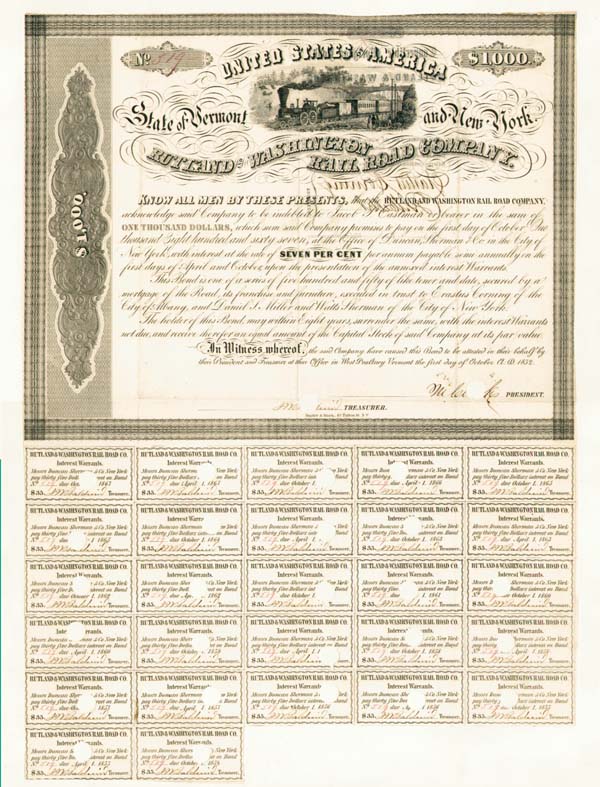 Erastus Corning (1794-1872), prominent in railroad development in the state of New York. He became the first President of the New York Central in 1853. He was four times elected Mayor of Albany and twice as a Democratic Representative in Congress. There is a story that when Lincoln was in New York in 1860 delivering a political address at Cooper Institute, he was offered by Corning the position of general counsel of the New York Central at an annual salary of $10,000. He obviously declined. This early 1852 Bond of the Rutland and Washington Railroad is neatly hole cancelled and has a bold clear signature at back signed as Trustee. Includes a nice portrait. Excellent Condition. Very Scarce! Available not signed by Corning with many holes.