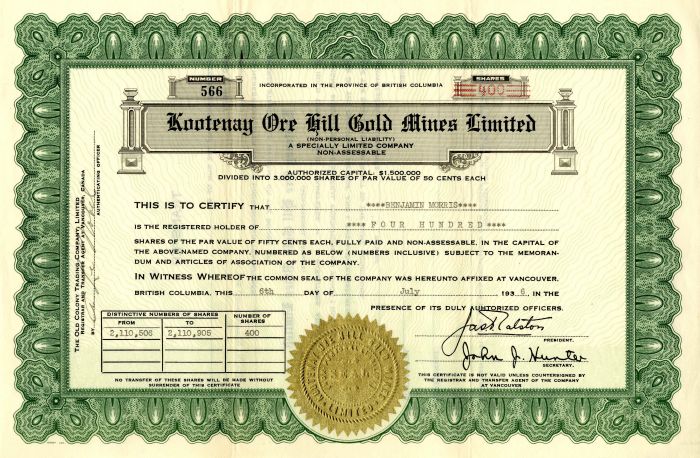 Fisherville is a classic example of a boom and bust gold rush town that characterized the 1860s in British Columbia. Gold was discovered here in 1864. As the first permanent white settlement in the East Kootenay region of the Southern Interior, Fisherville boasted a population of 5,000 inhabitants in 1865 and numerous buildings including six general stores, four saloons, two butcher shops, a brewery, a blacksmiths shop, a boarding house, a post office, a sawmill, and government offices.

Fisherville was the first in the series of town sites which sat on the bench above the Wild Horse River. Successive settlements were referred to as Wild Horse or Kootenay. The gold rush of 1864 was directly responsible for the creation of Galbraiths Ferry which later became known as Fort Steele. When the railway bypassed Fort Steele in favour of Cranbrook in 1898, Fort Steele began to decline while Cranbrook grew to become the regions economic and commercial centre. Cranbrook  formerly known as Josephs Prairie  was also site of the Ktunaxa Chief Isadores favourite farm. However, land ownership was eventually granted to British Colonel James Baker.

Fisherville is the site of a former Gold Rush boomtown in the East Kootenay Named for Jack Fisher, who discovered the strike in the canyon of the Wild Horse River in 1863. Initially a thousand miners pushed into the canyon of that river and built Fisherville, which was soon moved a bit south and higher up than the original townsite had been when it was discovered rich gold deposits lay beneath the site. The new townsite was officially named Kootenai or Kootenay, and also Wild Horse, but remained commonly known as Fisherville. In its second winter (1864) saw only 100 white men and c.20 Chinese in residence; by 1866 the town's population was 300 Chinese and fewer than 100 whites.

In 1879 the HBC sold interests to Galbraith's firm, who operated a store at Fisherville. Fisherville was forgotten by the 1890s; all that remained by 1929 were a few remnants of log houses and a neglected cemetery, but... names on wooden boards at heads of graves have been long obliterated. One of those who died and was buried there was Mr. Boles Gaggin, the 2nd Gold Commission to serve on the creek..." (from History of the Cranbrook District by S.L. Thrupp, 1929; copy in Provincial Archives, accession 6 K84 T41.)