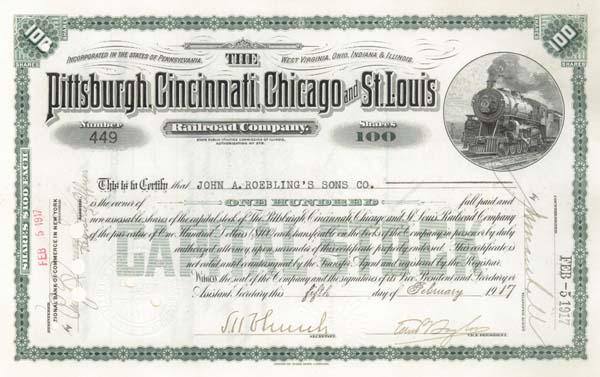 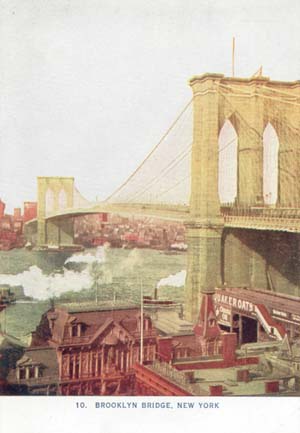 Karl G. Roebling, Engineer, signs for John A. Roebling's Sons Co. As early as 1857, John Roebling had suggested to the NY City authorities the possibility of a bridge over the East River. Appointed chief engineer, plans were approved early in 1869. While working at the proposed bridge site in June 1869, he received the injury from which he died. His son Washington Augustus did see the bridge to its successful conclusion in 1883. Handsome stock of the Pittsburgh, Cincinnati, Chicago, and St. Louis, of PA, WV, OH, IN and IL, dated 1917. Karl signs at back as President. Superb Condition and accompanied by an old post card of the Brooklyn Bridge. Rare!