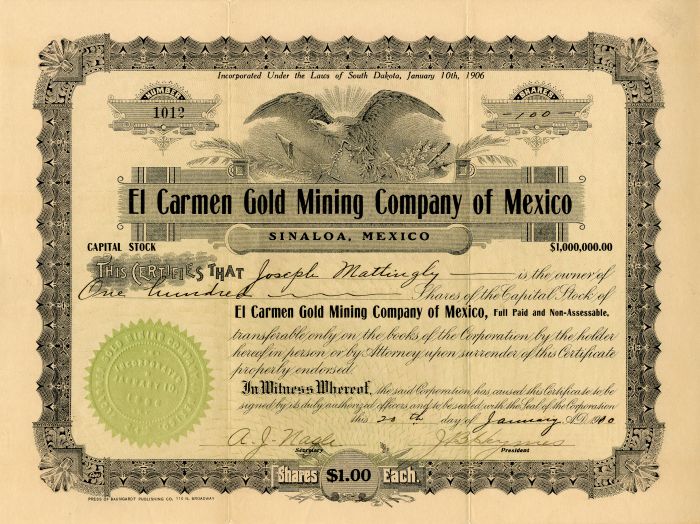 Sinaloa, officially the Estado Libre y Soberano de Sinaloa (English: Free and Sovereign State of Sinaloa), is one of the 31 states which, along with Mexico City, comprise the Federal Entities of Mexico. It is divided into 18 municipalities and its capital city is Culiacán Rosales.

It is located in Northwestern Mexico, and is bordered by the states of Sonora to the north, Chihuahua and Durango to the east (separated from them by the Sierra Madre Occidental) and Nayarit to the south. To the west, Sinaloa faces Baja California Sur across the Gulf of California. The state covers an area of 58,328 square kilometers (22,521 sq mi), and includes the Islands of Palmito Verde, Palmito de la Virgen, Altamura, Santa María, Saliaca, Macapule and San Ignacio. In addition to the capital city, the state's important cities include Mazatlán and Los Mochis.

Prior to the coming of the Spaniards, much of Sinaloa was inhabited by the Cáhita peoples.

In 1531, Nuño Beltrán de Guzmán with a force of over 10,000 men, defeated a force of 30,000 Cáhita warriors at the site of Culiacán. Beltrán de Guzmán established a Spanish and allied Indian outpost at San Miguel de Culiacán. Over the next decade, the Cahíta suffered severe depopulation from smallpox and other diseases the Spanish brought.

Starting in 1599, Jesuit missionaries spread out from a base at what is now Sinaloa de Leyva and by 1610, the Spanish influence had been extended to the northern edge of Sinaloa. In 1601, the Jesuits' movement into the eastern part of Sinaloa led to the Acaxee going to war. The Spanish eventually managed to reassert authority in the Sierra Madre Occidental region and executed 48 Acaxee leaders.

After Mexican independence, Sinaloa was joined with Sonora as Estado de Occidente, but became a separate, sovereign state in 1830.