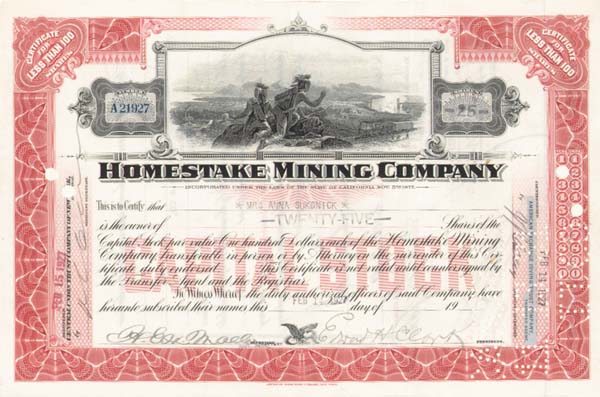 Edward Hardy Clark, (1864-1945) Miner, Business Manager of the George Hearst Estate, Officer or Director of many mining interests. He signs as President of the Homestake Mining Co. A truly beautiful Montana stock in rich cranberry engraved by American Bank Note Co.-NY. Dated 1920s. Signature is not affected by the cancellation. Excellent Condition.

Here is an article that you would like: https://www.kellycodetectors.com/pages/the-black-hills-gold-rush/