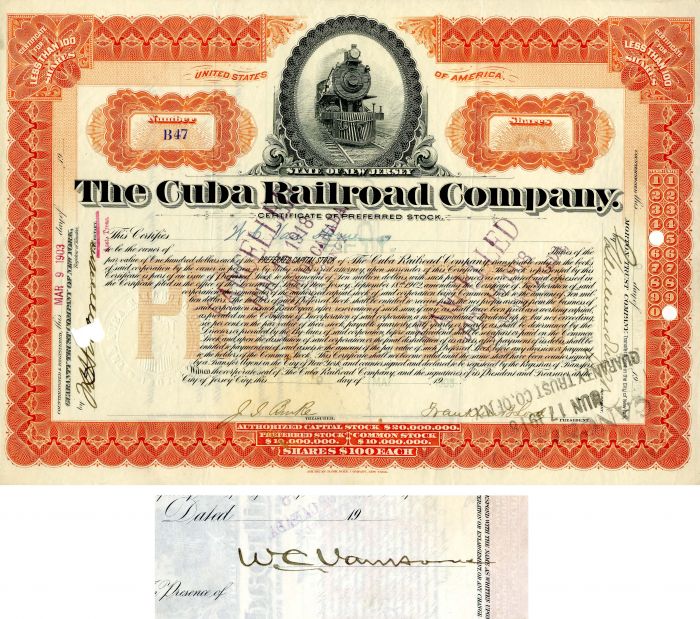 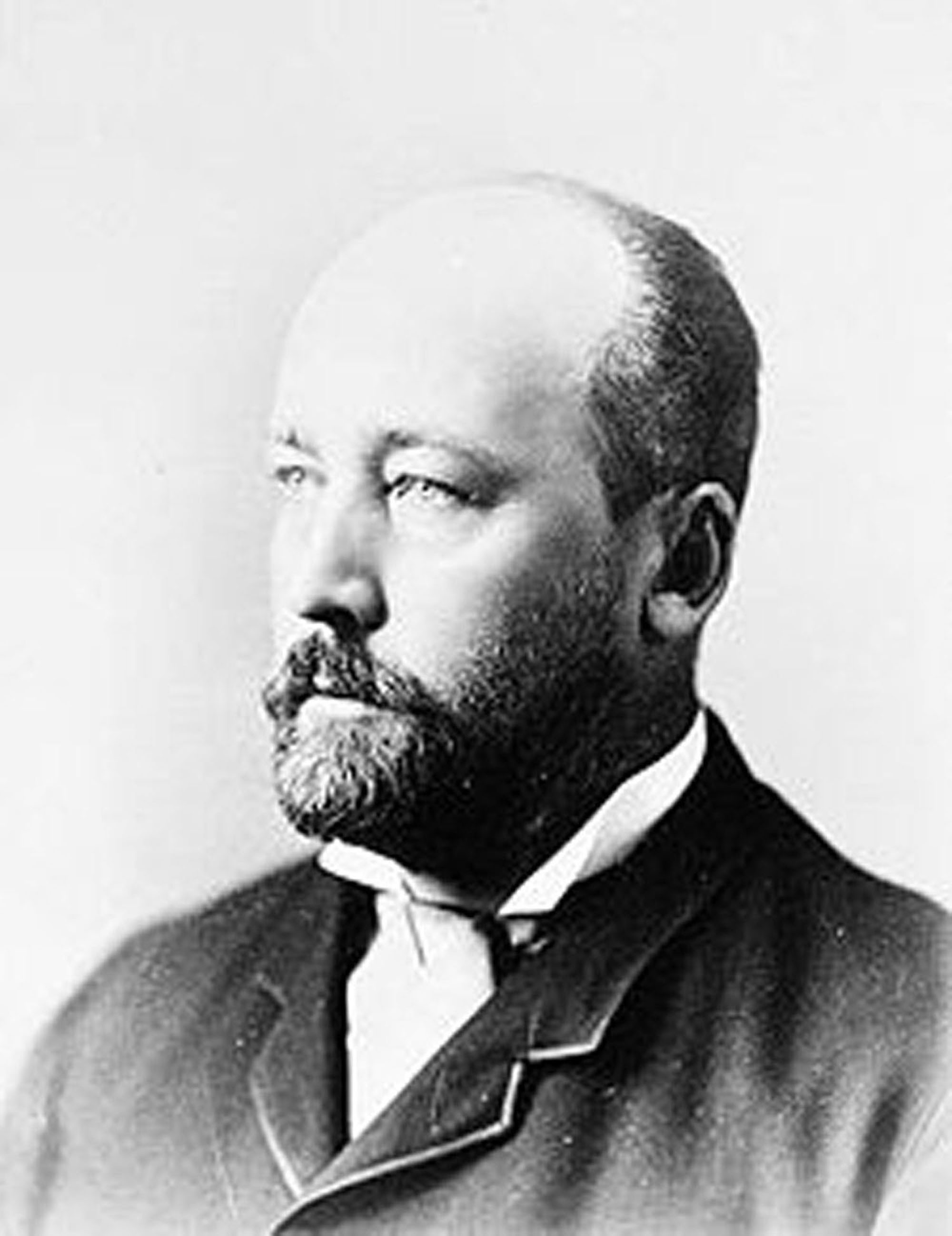 Sir William Cornelius Van Horne (1843-1915) Born in 1843 he moved with his family to Joliet, Illinois when he was eight years old. Van Horne began working on railroads in 1857, serving in various capacities on the Michigan Central Railway until 1864, then for the Chicago and Alton Railway for whom he served as the general superintendent from 1878 to 1879. In 1882 he was appointed general manager of the Canadian Pacific Railway and in 1884 became its vice-president. Rising to president in 1888, he is most famous for overseeing the major construction of the first Canadian transcontinental Railway.

Van Horne considered the railway an integrated communications and transportation system and convinced the directors and shareholders to create a telegraph service and an express freight delivery service as a complement to the railway. Van Horne was knowledgeable in nearly every element of the railway industry, including operating a locomotive. A visit to Cuba in 1900 fired his imagination with the possibilities of a 350 mile railroad through the eastern provinces of the island. Entirely because of his efforts, on Dec. 1, 1902, the Cuba Railroad was open for traffic.

He was also responsible for launching the sea transport division of the Canadian Pacific Railway, inaugurating a regular service between Vancouver and Hong Kong in 1891 on the Empress luxury liners. And finally, he presided over the expansion of the Canadian Pacific Railway in the luxury hotel business and participated in the design of two of the most famous buildings in the chain, the Château Frontenac in Quebec City and Chateau Lake Louise in Alberta.

Van Horne served as a governor of McGill University from 1895 to 1915 and was one of the first in Canada to acquire artworks by members of the French impressionist movement.

He built the Van Horne Mansion in Montreal and a large summer estate which he named "Covenhoven" on Minister's Island, adjacent to Canadian Pacific Railway's resort town of St. Andrews, New Brunswick. The island estate is accessible by a road during the Bay of Fundy's low tide.

Following Van Horne's death in Montreal, Quebec in 1915 at the age of 72, his remains were interred at Oakwood Cemetery in Joliet, Illinois.

Van Horne was portrayed by John Colicos in the Canadian Broadcasting Corporation television miniseries, The National Dream: Building the Impossible Railway, and portrayed by Ned Beatty in a CBC 'Movie of the Week' production 'Tom Alone' filmed in and around Squamish BC.