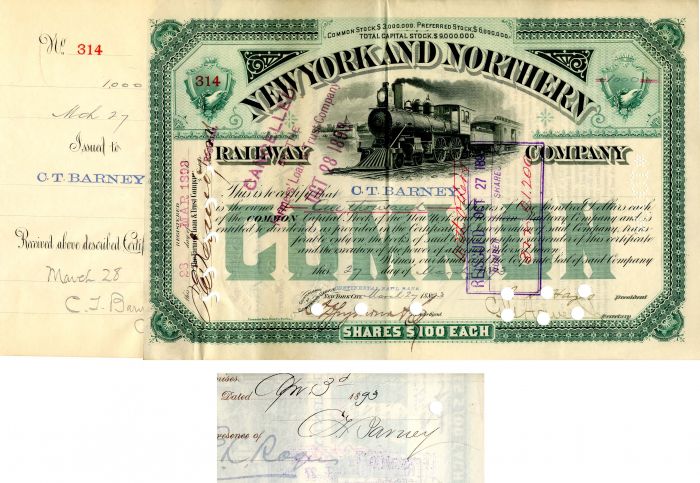 Stock issued to and signed on back by C.T. Barney. Please specify color.