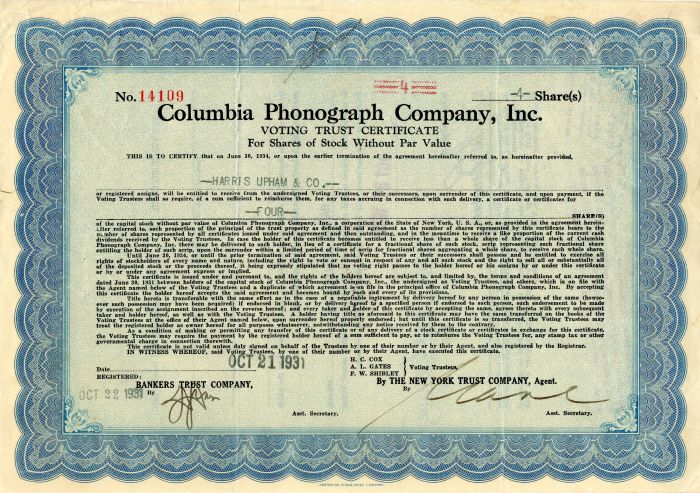 Columbia Records is an American record label owned by Sony Music Entertainment, a subsidiary of Sony Corporation of America, the North American division of Japanese conglomerate Sony. It was founded on January 15, 1889, evolving from the American Graphophone Company, the successor to the Volta Graphophone Company. Columbia is the oldest surviving brand name in the recorded sound business, and the second major company to produce records. From 1961 to 1990, Columbia recordings were released outside North America under the name CBS Records to avoid confusion with EMI's Columbia Graphophone Company. Columbia is one of Sony Music's four flagship record labels, alongside former longtime rival RCA Records, as well as Arista Records and Epic Records.