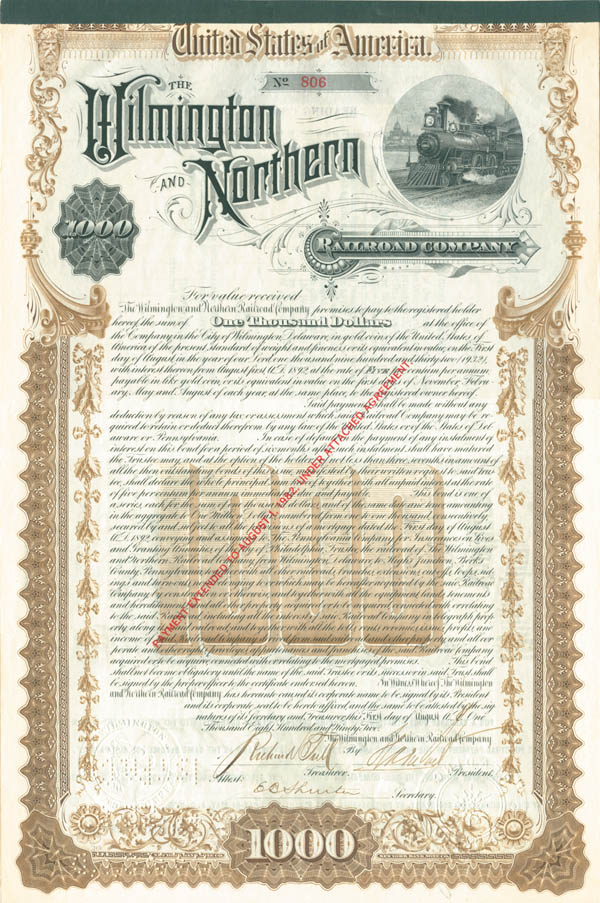 Henry Algernon du Pont (1838-1926), Army Officer, U. S. Senator, Industrialist and partner in E. I. du Pont de Nemours & Co. He graduated West Point at the head of his class in 1861. In command of artillery, he served most commendably in many battles. He received the rank of lieutenant-colonel in 1864 and received the Congressional Medal of Honor for distinguished services and gallantry at Cedar Creek. Later he became President of the Wilmington and Northern Railroad. This 1892, $1,000 Bond of Pennsylvania is signed by DuPont at front as President. Extension Contract is attached.