Jamestown and Northern Extension Railroad Company issued to and signed by T.F. Oakes 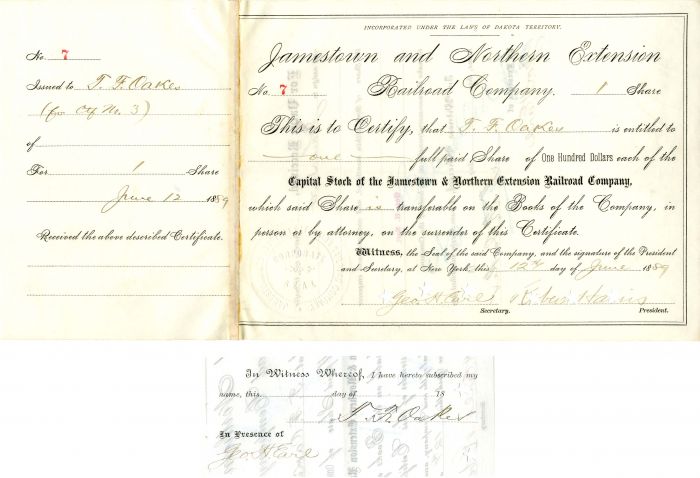 Stock issued to and signed by T.F. Oakes on back. Also signed by Geo. H. Earl as secretary and on back as a witness. Certificate #7!