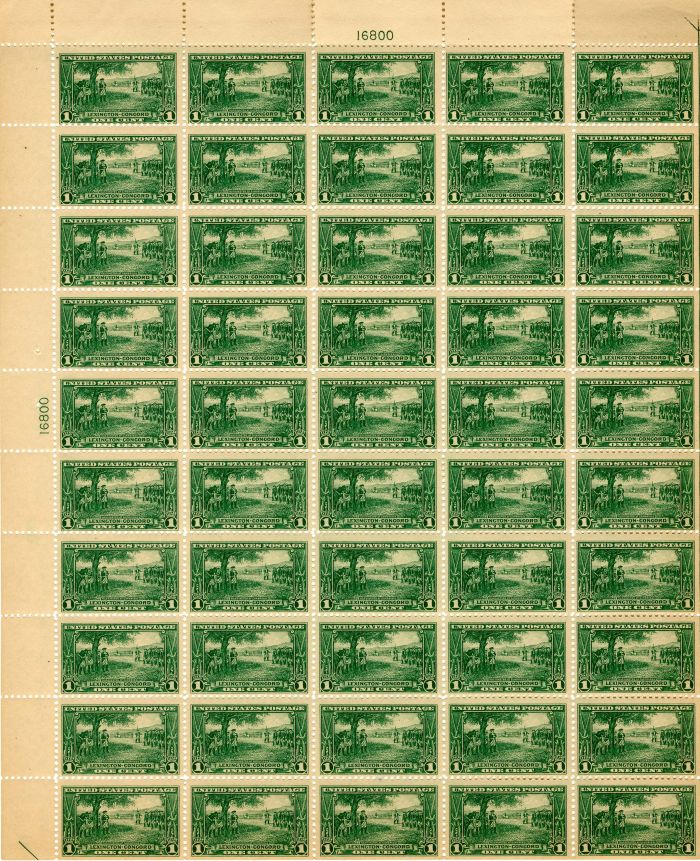 The Battles of Lexington and Concord were the first military engagements of the American Revolutionary War. The battles were fought on April 19, 1775 in Middlesex County, Province of Massachusetts Bay, within the towns of Lexington, Concord, Lincoln, Menotomy (present-day Arlington), and Cambridge. They marked the outbreak of armed conflict between the Kingdom of Great Britain and its thirteen colonies in America.

About 700 British Army regulars in Boston, under Lieutenant Colonel Francis Smith, were given secret orders to capture and destroy Colonial military supplies reportedly stored by the Massachusetts militia at Concord. Through effective intelligence gathering, Patriot leaders had received word weeks before the expedition that their supplies might be at risk and had moved most of them to other locations. On the night before the battle, warning of the British expedition had been rapidly sent from Boston to militias in the area by several riders, including Paul Revere and Samuel Prescott, with information about British plans. The initial mode of the Army's arrival by water was signaled from the Old North Church in Boston to Charlestown using lanterns to communicate "one if by land, two if by sea".

The first shots were fired just as the sun was rising at Lexington. Eight militiamen were killed, including Ensign Robert Munroe, their third in command. The British suffered only one casualty. The militia was outnumbered and fell back, and the regulars proceeded on to Concord, where they broke apart into companies to search for the supplies. At the North Bridge in Concord, approximately 400 militiamen engaged 100 regulars from three companies of the King's troops at about 11:00 am, resulting in casualties on both sides. The outnumbered regulars fell back from the bridge and rejoined the main body of British forces in Concord.

The British forces began their return march to Boston after completing their search for military supplies, and more militiamen continued to arrive from the neighboring towns. Gunfire erupted again between the two sides and continued throughout the day as the regulars marched back towards Boston. Upon returning to Lexington, Lt. Col. Smith's expedition was rescued by reinforcements under Brigadier General Hugh Percy, a future Duke of Northumberland styled at this time by the courtesy title Earl Percy. The combined force of about 1,700 men marched back to Boston under heavy fire in a tactical withdrawal and eventually reached the safety of Charlestown. The accumulated militias then blockaded the narrow land accesses to Charlestown and Boston, starting the siege of Boston.

Ralph Waldo Emerson describes the first shot fired by the Patriots at the North Bridge in his "Concord Hymn" as the "shot heard round the world".