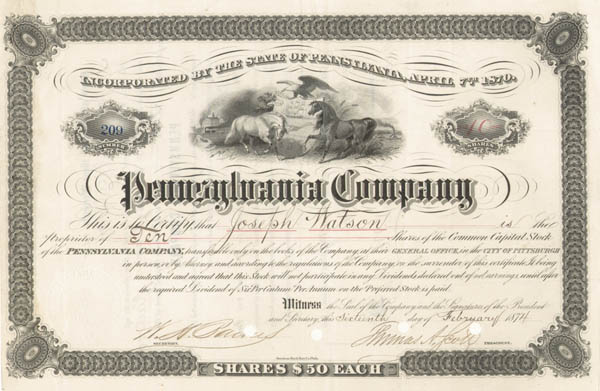 Thomas Alexander Scott (1823-1881), President of the Pennsylvania Railroad, Union Army Transportation Officer in the Civil War. He proposed a plan for President-elect Lincoln's surreptitious entry into Washington, D.C. in 1861, Assistant U.S. Secretary of War in charge of government railways and transport, 1861-62. Supervised removal of Gen. Hooker's force from Virginia to Chattanooga, 1863. Railroad executive of the Union Pacific and later President of the Pennsylvania Railroad. 1874 stock signed by Scott as President. American Bank Note. Important and Rare!!