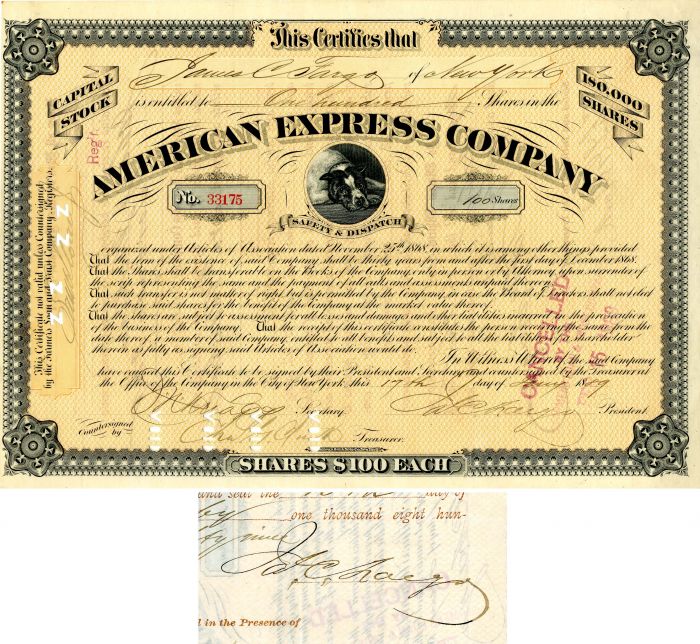 Stock issued to and signed at front and back by James C. Fargo. Extremely Rare!