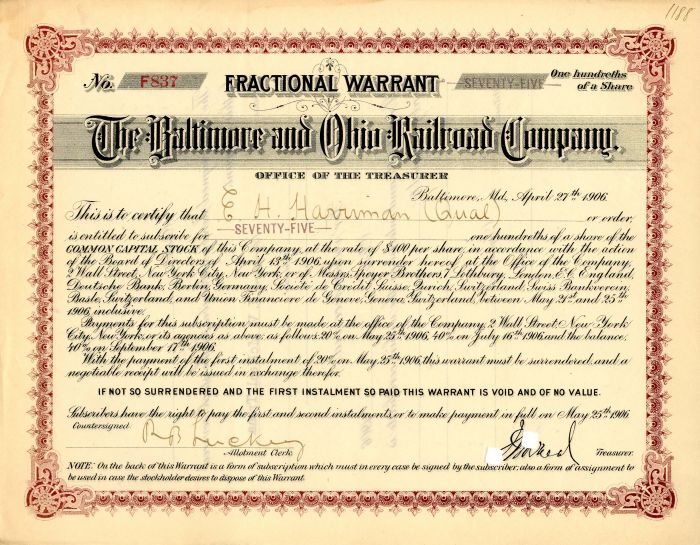 Stock Issued to but not signed by E.H. Harriman.