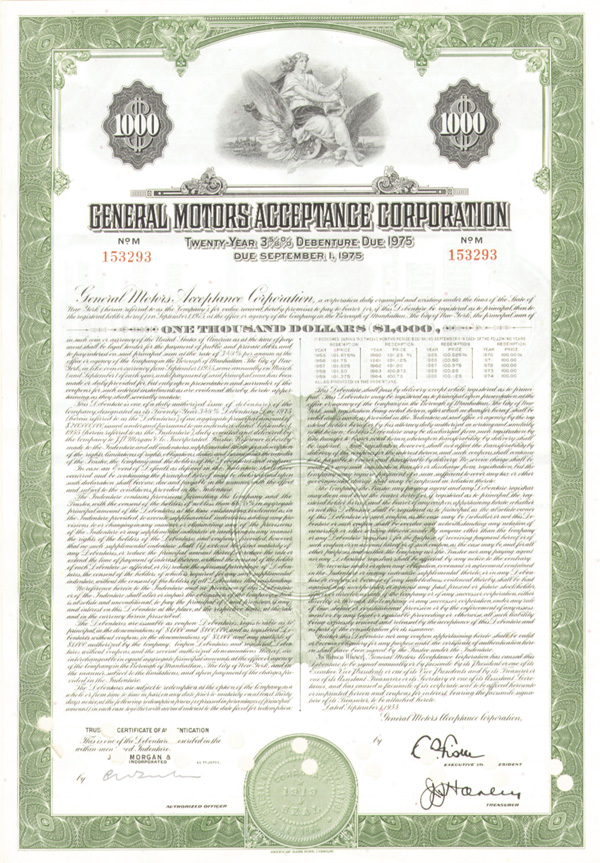 Ally is ranked 18th on the list of largest banks in the United States by assets, is the largest car finance company in the U.S. by volume, and serves over 6 million customers. Via its SmartAuction online marketplace for auto auctions, launched in 2000, the company has sold more than 5 million vehicles, including 270,000 vehicles sold in 2019.

The company was known as GMAC, an acronym for General Motors Acceptance Corporation, until 2010.

In 1985, while GM was under the leadership of Roger Smith, who sought to diversify the company, GMAC formed GMAC Mortgage and acquired Colonial Mortgage as well as the servicing arm of Norwest Mortgage, which included an $11 billion mortgage portfolio.

In 1991, the company was forced to write-off $275 million in bad debt as part of a $436 million loss suffered from fraud committed by John McNamara, who ran a Ponzi scheme.

In 2006, General Motors sold a 51% interest in GMAC to Cerberus Capital Management, a private equity firm. Also that year, GMAC sold a controlling interest of GMAC Commercial Holdings, its real estate division that was renamed Capmark, to Goldman Sachs, Kohlberg Kravis Roberts, and Five Mile Capital Partners. GMAC Real Estate was sold to Brookfield Asset Management. In 2009, Capmark filed for bankruptcy and its North American loan origination and servicing business was acquired by Berkadia, a joint venture of Leucadia National and Berkshire Hathaway.

On December 24, 2008, the Federal Reserve accepted the company's application to become a bank holding company. In January 2009, the company shut down Nuvell Financial Services, its subprime lending division.

In May 2010, GMAC re-branded itself as Ally Financial. In September 2010, the company sold its resort finance business to Centerbridge Partners. In 2012, the company sold its Canadian banking operations to Royal Bank of Canada for $3.8 billion. In April 2014, it became a public company via an initial public offering. In 2015, it moved its headquarters to One Detroit Center, which was subsequently renamed Ally Detroit Center. In June 2016, the company acquired TradeKing, a stockbrokerage, for $275 million, which was re-branded as Ally Invest.

In 2016, the company moved more than 1,500 employees to 13 floors of Ally Detroit Center. In 2017, Ally signed a lease for 400,000 square feet at the Ally Charlotte Center in Charlotte, North Carolina, scheduled to be completed in 2021, and will move its offices from 440 South Church.

In 2019, Ally became the primary sponsor for seven-time NASCAR Cup Series champion Jimmie Johnson at Hendrick Motorsports. As GMAC, the company previously had primary sponsorships with Hendrick Motorsports from 1998 through 2007 with drivers Jack Sprague, Ricky Hendrick, Brian Vickers and Casey Mears, including Vickers' 2003 NASCAR Busch Series championship victory. On October 4, 2019, Ally extended its sponsorship of the No. 48 team for three more years through the 2023 season.

Ally is also the primary sponsor for the new MLS team in Charlotte, NC starting play in 2021.

In December 2013, the Consumer Financial Protection Bureau (CFPB) and United States Department of Justice ordered the company to pay $80 million in consumer monetary damages and $18 million in civil penalties after determining that 235,000 minority borrowers paid higher interest rates for auto loans originated between April 2011 and December 2013 because of the companys discriminatory pricing system. The higher rates resulted from the company's specific policy of allowing dealers to charge, at their discretion, a dealer markup above Ally's established "buy rate" and then compensating dealers based on the markup. Ally provided an incentive for dealers to charge higher rates, which disproportionately affected minority borrowers, in violation of the Equal Credit Opportunity Act.