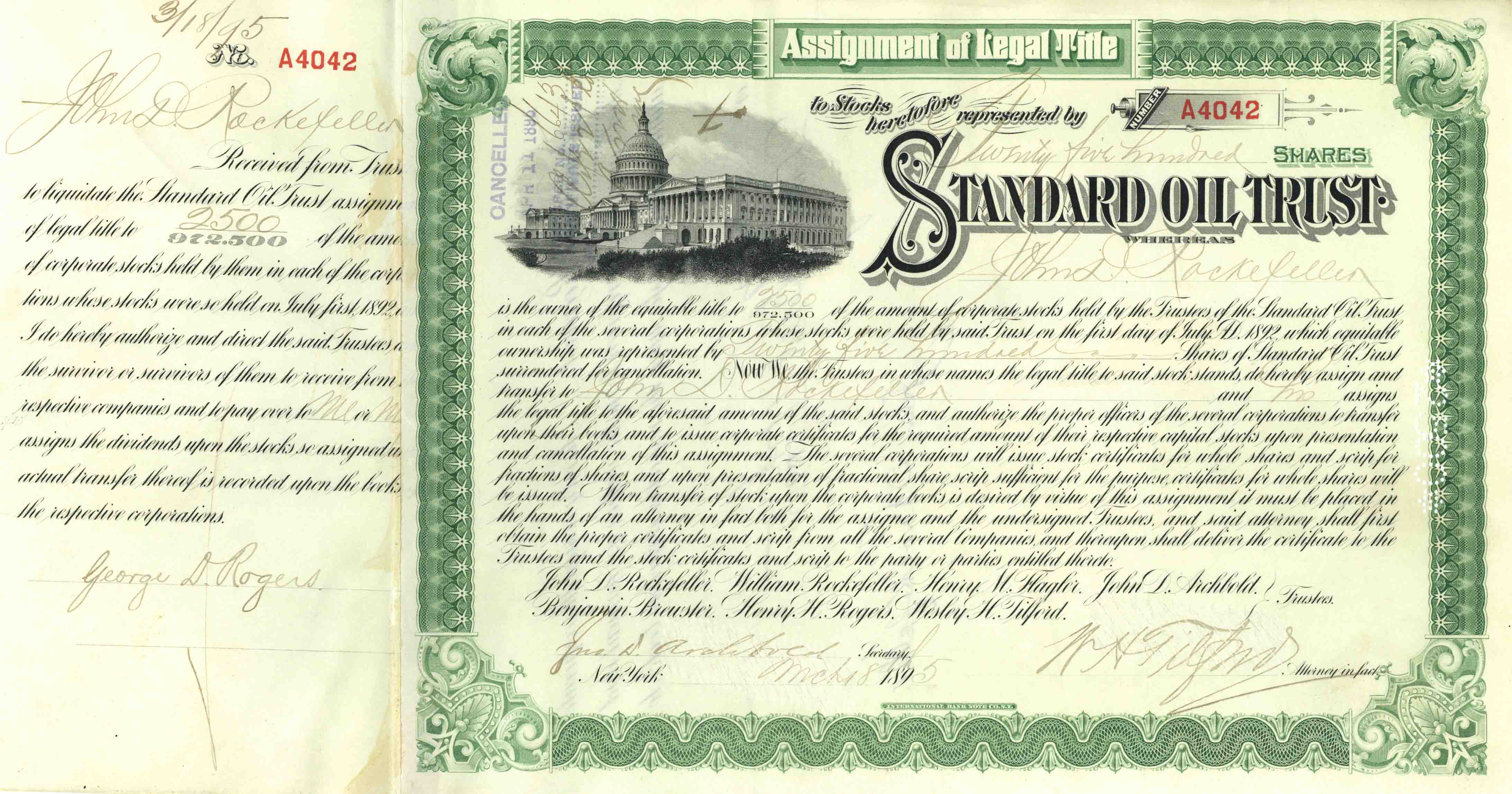 Stock issued to and signed on back by John D. Rockefeller. Also signed by John D. Archbold as secretary, Wesley Hunt Tilford as attorney and George D. Rogers on stub. 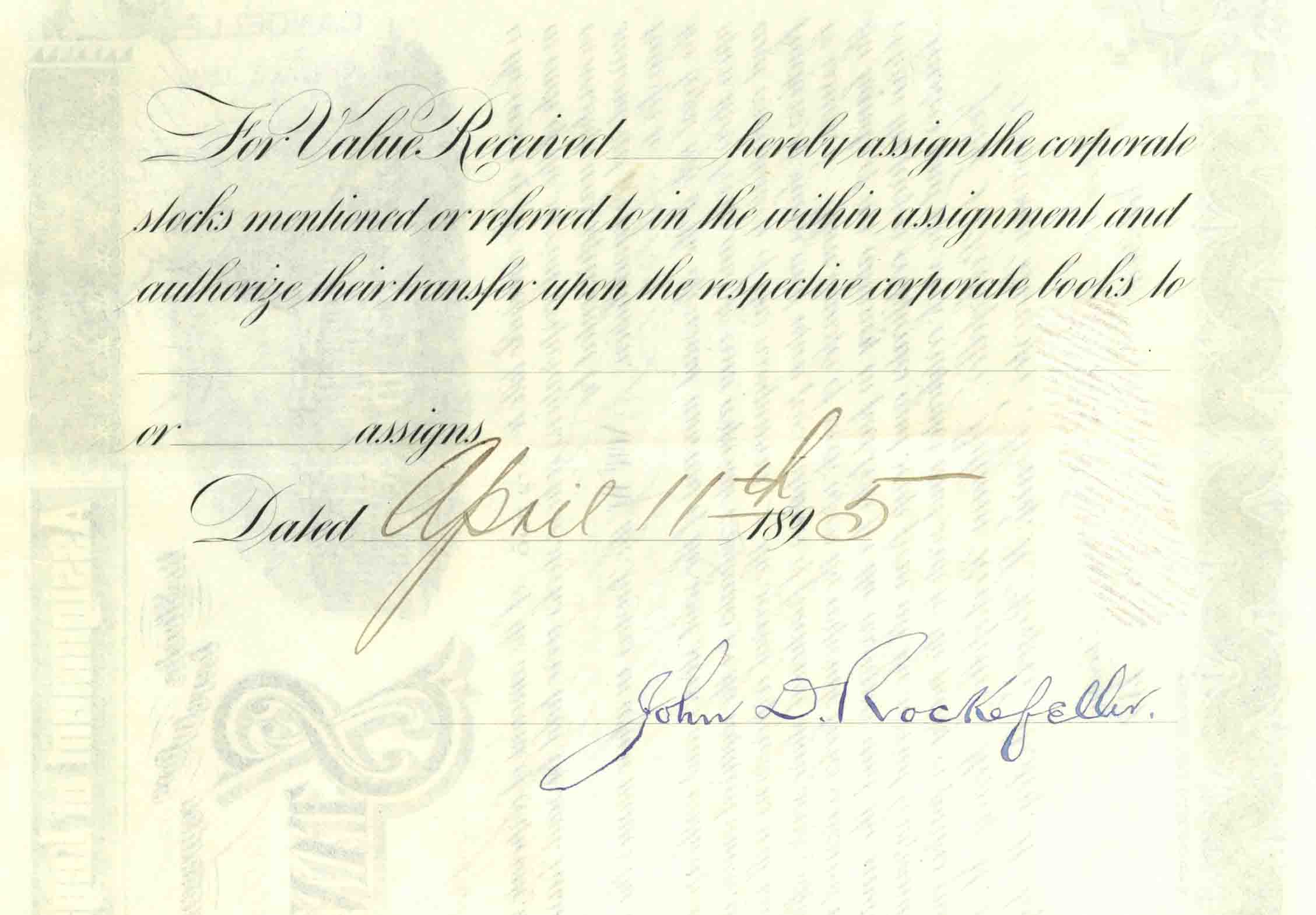