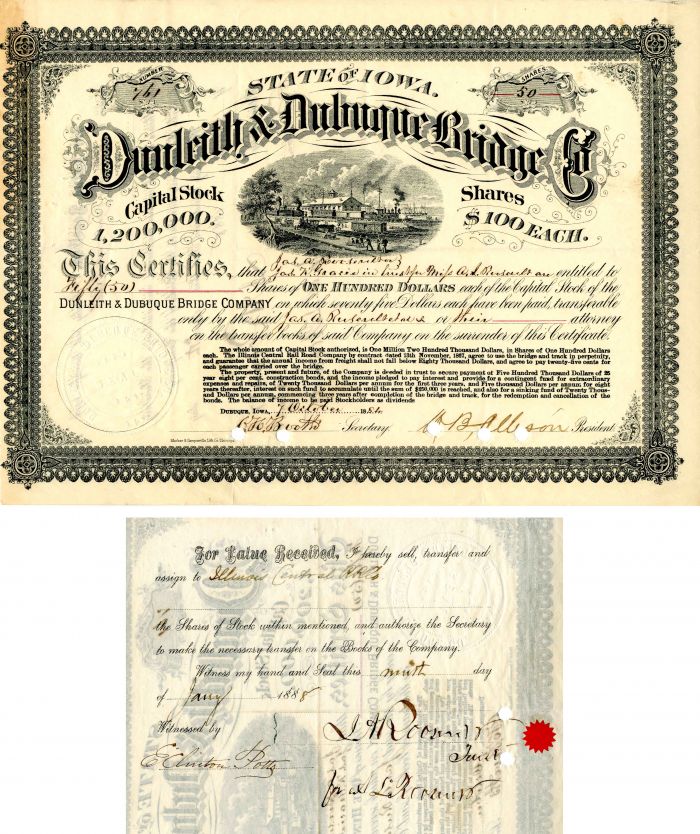 Stock issued to and signed on the back by James A. Roosevelt.

James Alfred Roosevelt (June 13, 1825  July 15, 1898) was an American businessman and philanthropist. A member of the Roosevelt family, he was an uncle of President Theodore Roosevelt. Roosevelt became a member of his father's mercantile firm, Roosevelt & Son, at the age of twenty, and eventually succeeded him as its head. He was connected with many other institutions, including as vice president of the Chemical Bank of New York; president of the Broadway Improvement Company; vice president of the Bank of Savings; member of the board of managers of the Delaware and Hudson Canal Company; director of the New York Life Insurance Trust. He was a trustee to the Society for Prevention of Cruelty to Children and on the New York Board of Park Commissioners during the William Lafayette Strong Administration. He was a president of Roosevelt Hospital that was founded by his distant cousin James H. Roosevelt.