Elimination of Railroad Grade Crossings Issued to the Will of Alfred G. Vanderbilt - $5,000 - Bond 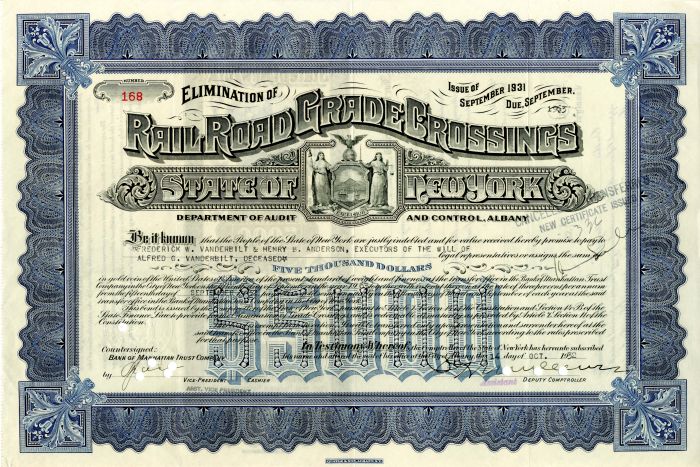 $5,000 Bond printed by Quayle & Son, Albany, N.Y. and issued to the will of Alfred G. Vanderbilt, deceased.