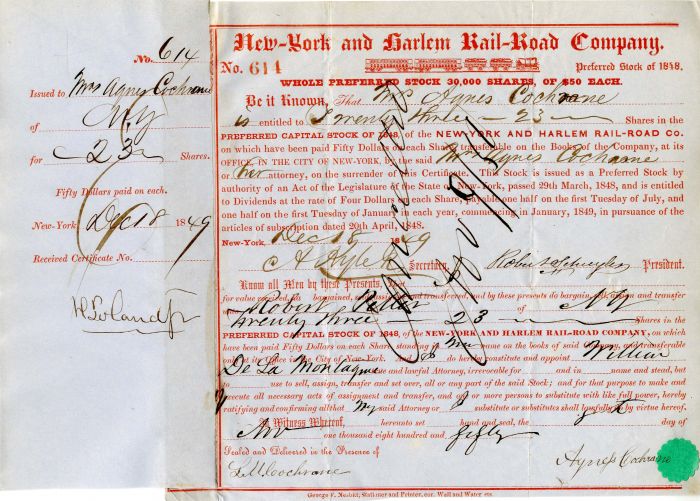 Robert Schuyler Few chieftains of American finance have fallen as far and as fast as Robert Schuyler. In the early 1850s Schuyler achieved fame as Americas first railroad king, then infamy as the perpetrator of its first massive stock fraud. By 1853 he had been president of five roadsthe Illinois Central, New York and Harlem, New York and New Haven, Renssalaer and Saratoga, and Sangamon and Morganmost of them simultaneously; he had been instrumental in building the Vermont Valley and the Washington and Saratoga, and in the promotion and administration of the Housatonic, Naugatuck, New Haven and Northampton, and Saratoga and Whitehall. A scion of a blue-blooded New York family that counted Alexander Hamilton among its ancestors, he was widely admired and trusted. Ironically, it was Schuylers wide-ranging involvements that proved his undoing. In his capacity as transfer agent of the New York and New Haven, beginning in October 1853 he issued some $2 million in unauthorized stock, diverting the proceeds to other railroad ventures he was juggling. In the past he had covered up similar over-issues on a much smaller scale by buying back and retiring the over-issued shares. This time, though, events spun out of his control; the irregularities became public at the beginning of July 1854, Schuyler fled to Canada under threat of arrest, then to Europe, where he died in disgrace in November 1855. Schuylers defalcations were genuinely sensational, sending shock waves through the realms of finance and high society; one contemporary reaction was that the Schuyler fraud fell like a thousand bombshells, or hissed like a million fiery flying serpents in Wall-street, and a newspaper editorialized, if Robert Schuyler is capable of such a wrong, then no one is to be trusted. The New York and New Haven would eventually lose nearly $1.8 million redeeming the spurious stock. So strong was societys condemnation that the Schuylers name was virtually excised from the historical record for decades.