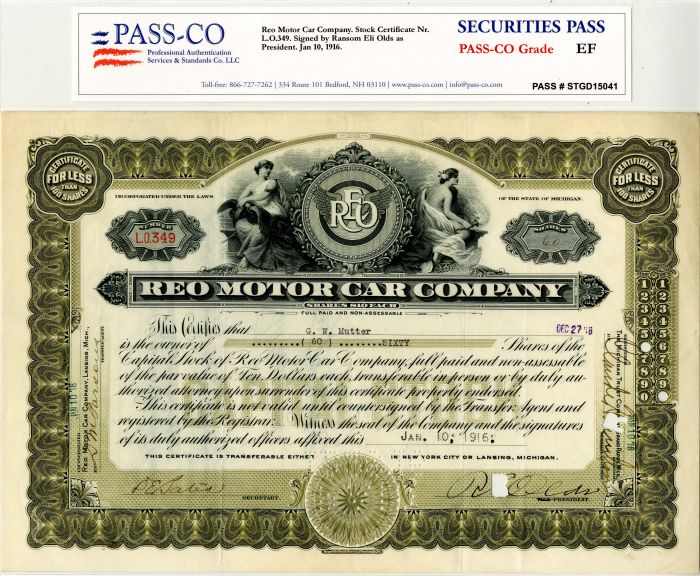 Ransom Eli Olds (1864-1950), Auto-mobile Manufacturer. In 1885 he bought an interest in his fathers machine shop and after much experimentation, he produced his first horseless carriage, a three-wheeled, steam-powered vehicle whose first test drive roused a terrible commotion in the neighborhood. He later established the basic pattern for the Detroit automobile industry. In 1904, Olds organized the Reo Motor Car Company. President until 1924 and Chairman until 1936. Great 1916 stock with Olds signing at front as President. Nice signature, lightly hole cancelled and PASS-CO Grade EF. Great!
Condition: E.F.