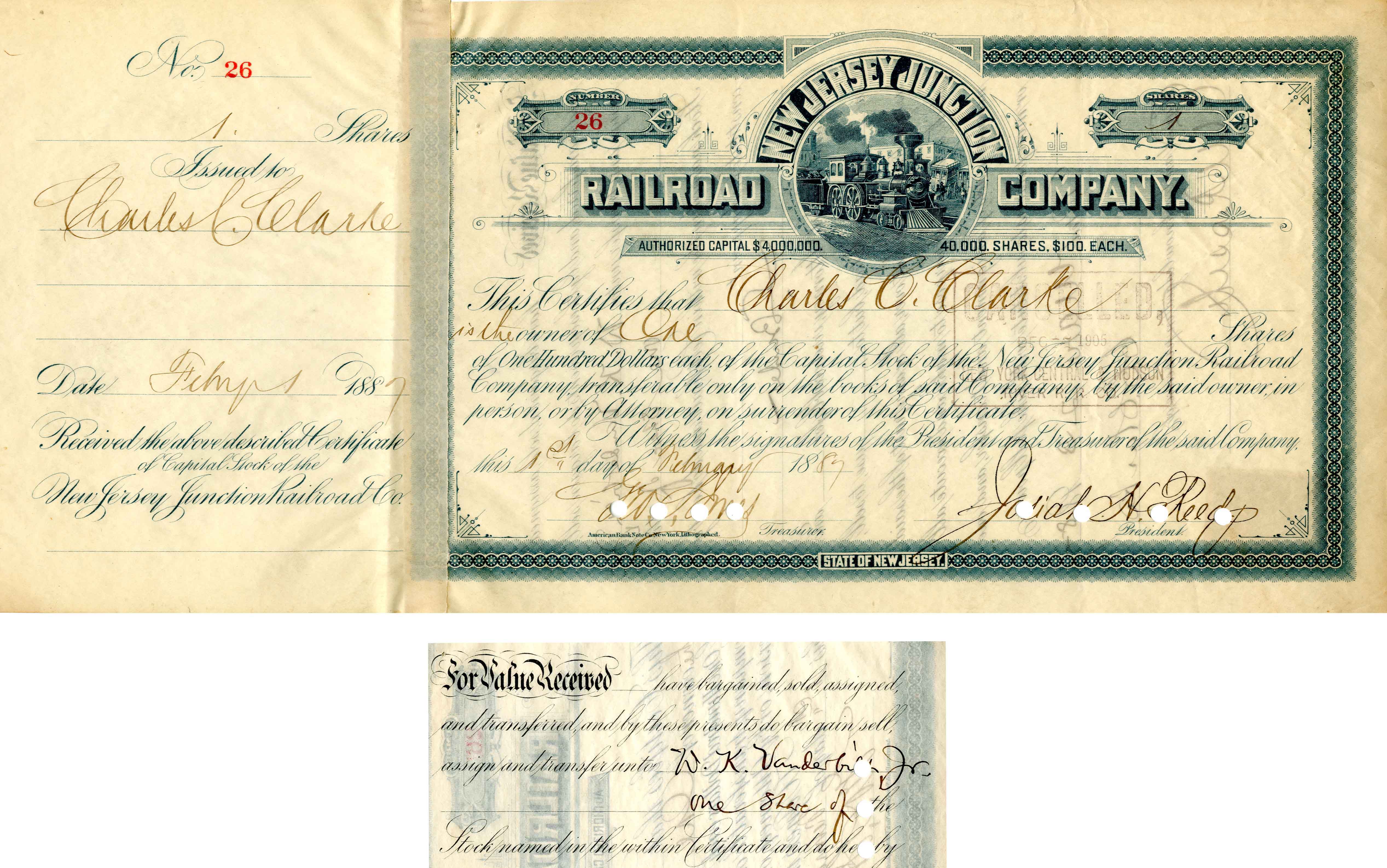 Stock transferred to W.K. Vanderbilt Jr. (1849-1920). A member of the prominent United States Vanderbilt family. The second son of William Henry Vanderbilt, from whom he inherited $60 million, he was for a time active in the management of the family railroads, though not much after 1903. His sons William Kissam Vanderbilt II (1878-1944) and Harold Stirling Vanderbilt (1884-1970) were the last to be active in the railroads, the latter losing a proxy battle for the New York Central Railroad in the 1950s.