Michigan Central Railroad Company Issued to the "Will of W.H. Vanderbilt" - $5,000 - Bond 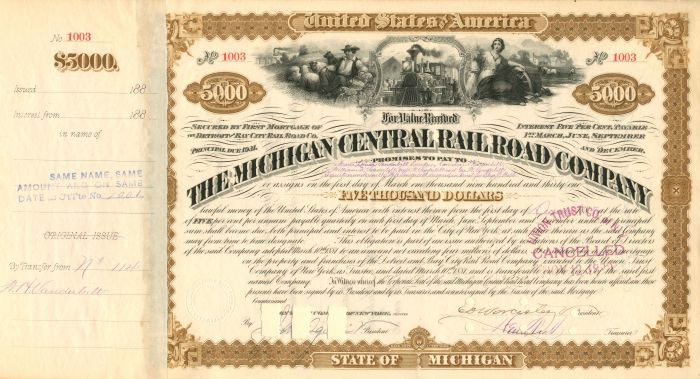 $5,000 5% Bond printed by American Bank Note Co., New York. Issued to the "will of W.H. Vanderbilt". William Henry Vanderbilt (1821-1885). A businessman and a member of the prominent United States Vanderbilt family. He inherited nearly $100 million from his father Cornelius Vanderbilt and had increased it to about $200 million at his death less than nine years later. At the time, he was the richest man America had ever seen, however his worth was pale in comparison to the likes of John D. Rockefeller and Andrew Carnegie.