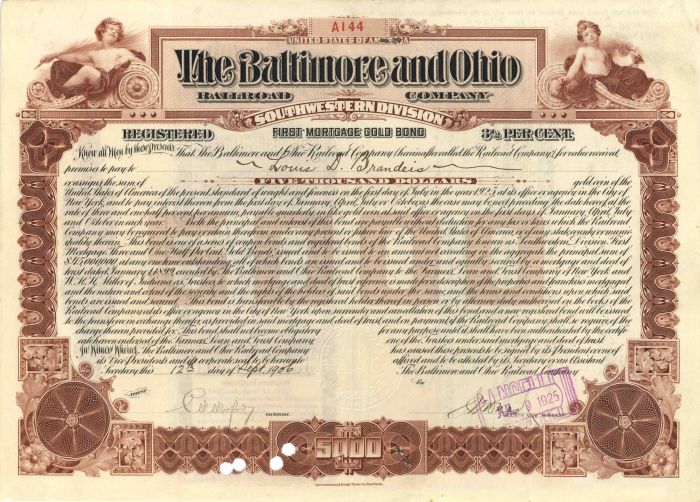 Louis D. Brandeis (November 13, 1856  October 5, 1941) was an American lawyer and associate justice on the Supreme Court of the United States from 1916 to 1939. He was born in Louisville, Kentucky, to Jewish immigrant parents from Bohemia (now in the Czech Republic), who raised him in a secular home. He attended Harvard Law School, graduating at the age of twenty with the highest grade average in the law school's history. Brandeis settled in Boston, where he founded a law firm (that is still in practice today as Nutter McClennen & Fish) and became a recognized lawyer through his work on progressive social causes. When his family's finances became secure, he began devoting most of his time to public causes and was later dubbed the "People's Lawyer." He insisted on serving on cases without pay so that he would be free to address the wider issues involved. The Economist magazine calls him "A Robin Hood of the law." Among his notable early cases were actions fighting railroad monopolies; defending workplace and labor laws; helping create the Federal Reserve System; and presenting ideas for the new Federal Trade Commission (FTC). He achieved recognition by submitting a case brief, later called the "Brandeis Brief," which relied on expert testimony from people in other professions to support his case, thereby setting a new precedent in evidence presentation. In 1916, President Woodrow Wilson nominated Brandeis to become a member of the Supreme Court. His nomination was bitterly contested, partly because, as Justice William O. Douglas wrote, "Brandeis was a militant crusader for social justice whoever his opponent might be. He was dangerous not only because of his brilliance, his arithmetic, his courage. He was dangerous because he was incorruptible. . . [and] the fears of the Establishment were greater because Brandeis was the first Jew to be named to the Court." On June 1, 1916 he was confirmed by the Senate by a vote of 47 to 22, to become one of the most famous and influential figures ever to serve on the high court. His opinions were, according to legal scholars, some of the "greatest defenses" of freedom of speech and the right to privacy ever written by a member of the Supreme Court. Brandeis retired from the Supreme Court in February 1939, and he died on October 5, 1941, following a heart attack.

The Baltimore and Ohio Railroad (reporting marks B&O, BO) was the first common carrier railroad and the oldest railroad in the United States, with its first section opening in 1830. It came into being mostly because the city of Baltimore wanted to compete with the newly constructed Erie Canal (which served New York City) and another canal being proposed by Pennsylvania, which would have connected Philadelphia and Pittsburgh. At first this railroad was located entirely in the state of Maryland, with an original line built from the port of Baltimore west to Sandy Hook. At this point to continue westward, it had to cross into Virginia (now West Virginia) over the Potomac River, adjacent to the confluence of the Potomac and Shenandoah rivers. From there it passed through Virginia from Harpers Ferry to a point just west of the junction of Patterson Creek and the North Branch Potomac River, where it crossed back into Maryland to reach Cumberland. From there it was extended to the Ohio River at Wheeling and a few years later also to Parkersburg, West Virginia. It continued to construct lines into Ohio, including a junction at Portsmouth. In later years, B&O advertising carried the motto: "Linking 13 Great States with the Nation." As part of a series of mergers, the B&O is now part of the CSX Transportation (CSX) network. The B&O also included the Leiper Railroad, the first permanent horse-drawn railroad in the U.S. At the end of 1970, the B&O operated 5,552 miles of road and 10,449 miles of track, not including the Staten Island Rapid Transit (SIRT) or the Reading and its subsidiaries. It includes the oldest operational railroad bridge in the United States. When CSX established the B&O Railroad Museum as a separate entity from the corporation, it donated some of the former B&O Mount Clare Shops in Baltimore, including the Mt. Clare roundhouse, to the museum, while selling the rest of the property. The B&O Warehouse at the Camden Yards rail junction in Baltimore now dominates the view over the right-field wall at the Baltimore Orioles' current home, Oriole Park at Camden Yards. Part of the B&O Railroad's immortality has come from being one of the four featured railroads on the U.S. version of the board game Monopoly. It is the only railroad on the board that did not directly serve Atlantic City, New Jersey. (Wikipedia)
Condition: Excellent